Kingman mask proclamation will be re-evaluated in October 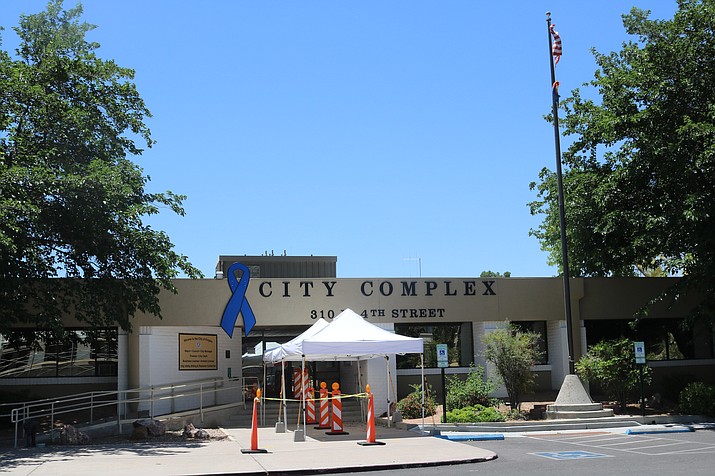 KINGMAN – Mayor Jen Miles’ face covering proclamation survived a lengthy discussion at Kingman City Council’s Tuesday, Sept. 15 meeting, however, the matter of masks will be re-evaluated by the city’s elected officials in October.

The original proclamation requiring that persons over the age of 6 wear face coverings when entering places of businesses in Kingman went into effect Wednesday, July 1, and was later extended through the month of August. Then late last month, the mayor extended the proclamation, which is designed to curb the spread of the coronavirus, through 2020.

That decision was met with applause from some and ire from others, with subsequent discussions and opinions resulting in the matter being taken to council for ratification. Ratification played a crucial role in the discussion, as it has been the opinion of some within the community that the mayor’s initial proclamation expired after 72 hours as it was not ratified by the full council.

Following testimony from Kingman Regional Medical Center personnel and Mohave County Public Health Director Denise Burley regarding COVID-19 data and the reasoning behind face-mask use, along with a lengthy discussion between council members, council decided to continue the mask requirement, though with a change or two. The vote was 5-2, with Vice Mayor Travis Lingenfelter and Councilwoman Deana Nelson casting the dissenting votes.

A motion was first made to re-evaluate the face covering proclamation in November, which ended up being too great a span of time for some councilmembers. Therefore, the motion was ratified so that the re-evaluation will occur at the Oct. 20 council meeting.