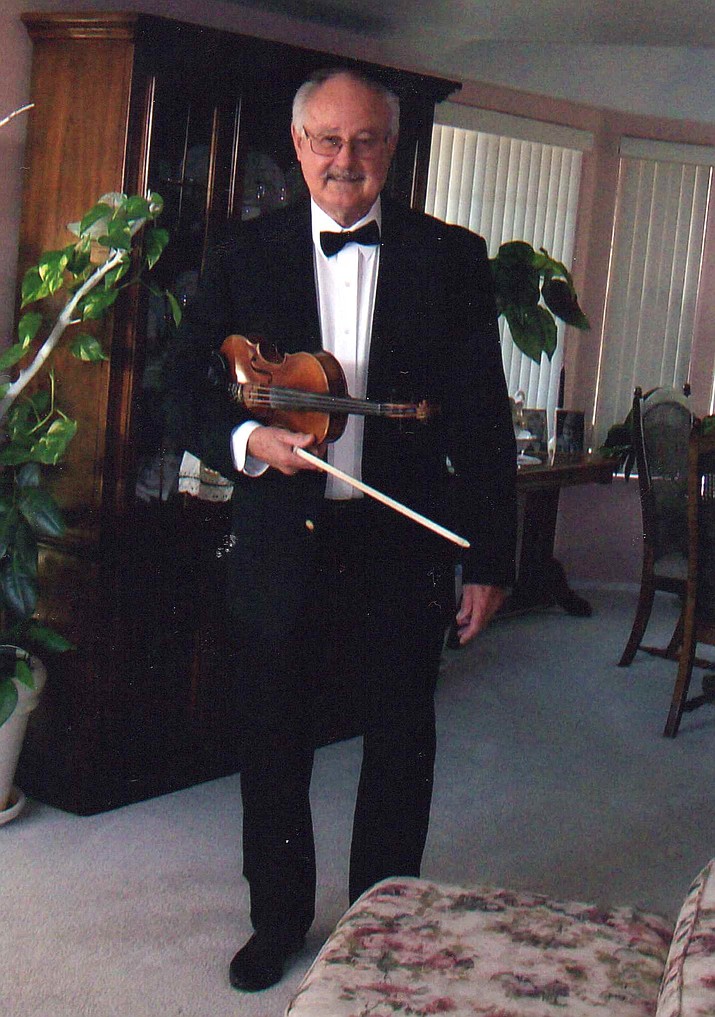 Dr. Maurice “Dale” Parry, 86, of Anthem, Arizona, passed away Aug. 29, 2020, from natural causes. He was born in Cedar City, Utah, to Gronway and Afton Parry. In his youth, he attended Cedar City High School and graduated from Menlo Park School for Boys in California. Dale served a full-time mission for the Church of Jesus Christ of Latter-day Saints in the Swiss-Austrian mission, where he spoke German and French.

Dale attended Stanford University for a time and ultimately earned his undergraduate degree in German Literature from Pomona College in Claremont, California. He earned his Doctorate at Still College of Osteopathic Medicine and Surgery Des Moines, Iowa, in 1968. In 1962, prior to medical school, Dale married Marian Smith of Salt Lake City, Utah, and they were married until 1981. Dale worked in various clinics and rotations before settling in Page, Arizona. The couple had five children together.

In Page, Dale worked as a family medicine physician at the Lake Powell Clinic for four years before helping to build up the Page Family Physicians Group. He also worked for Page Hospital during his years in Page and delivered many healthy babies during this time.

Dale met and married Lorraine Slack of Cedar City, Utah, in 1983. Lorraine had two children from her previous marriage and the couple lived in Page for eight years. They later moved to Kingman, Arizona, where Dale opened a private family practice and helped many residents with their health issues. He later worked for the VA Clinic in Kingman, Arizona, for over 10 years. Dale was an FAA Senior Medical Examiner for many years and President of the Arizona Osteopathic Medical Association from 1989-90.

Dale loved his family dearly and was so proud of each one of his children and grandchildren. He is the proud grandfather of 22 grandchildren! Dale is survived by Lorraine Slack Parry (spouse); a daughter, Ann Marie and Michael D’Onofrio (Ethan and Jason); and a son, Regan Slack (Whitney and Amie). He is also survived by Marian Smith Parry, a daughter, Andrea Parry and Robert Burgess (Isaac and Conner); a son, Matthew Dale and Lori Parry (Brooke, Holly, Ryan, Sean); Robert Merrill and Teri Parry (Paige, Lilly, Caleb, Jack); Blake Gronway and Stephanie Parry (Whitney, Madison, Chiara and Payton); a daughter, Lindsey Parry and Josh Green (Chase, Lincoln, Cooper, Blake). He is also survived by two sisters, Toni Rennings of Mesquite, Nevada, and Carol Ann Nyman of Cedar City, Utah. He is preceded in death by his parents, Afton Leone Parry and Gronway Parry, as well as a brother, Gronway Robert Parry.

Dr. Parry was a wonderful man who had a passion for his hobbies and interests. He loved anything associated with airplanes and flying. He learned to fly in an Ercoupe, and in fact rode his bicycle to the airport to solo for his pilot’s license, as he was only 14 and not yet licensed to drive a car. In the many years that followed, he loved flying over the mountains of southern Utah, above the Arizona desert, and the grandeur of Lake Powell. Dale was an excellent snow skier and he skied well into his golden years. His children remember him skiing down the mountains belting out one of his favorite tunes.

Speaking of music, we cannot honor Dr. Parry without mentioning his love and deep appreciation for beautiful music. He was a skilled violinist who practiced and performed every song from the heart. He would play for many locations around town to spread joy to others. He was Concertmaster for the Page Community Orchestra, the Southwest Symphony and the Mohave Community Orchestra. He mentioned many times how enriched his life was because of music.

He was always concerned about safety and the state of one’s car. If you parked your car near him, you could expect to have your tire pressure checked and hear auto care tasks to be taken care of by your next meeting. He carried a tire gauge with him in his brown leather satchel, at all times.

Dale was intelligent, well-educated, gregarious, and charismatic. Many individuals remember his kindness and care for others. He was a fountain of knowledge who loved words and had an impressive vocabulary. Our Ol’ dad would often be heard reminding us to “drink in that fresh mountain air” or “remember to stop and smell the roses.” He would always remind us to slow down and appreciate God’s surroundings and scenery.

At this time, we will gather only immediate family for a private viewing on Saturday, Sept. 5, 2020, at Messinger Pinnacle Peak Mortuary, 8555 E. Pinnacle Peak Road, Scottsdale, Arizona. A small graveside service and interment will follow in the Paradise Memorial Garden of Scottsdale under the direction of the Messinger Family.

A celebration of life will be held at a later date and location to be determined. All who knew and loved Dale will be welcomed with open arms to celebrate with us at this special event.

As a last tribute to this special man, we ask that you all tune-up your car and check the air pressure in your tires. Dale would have wanted that. Our Ol’ Dad was one-of-a kind and will never be forgotten.