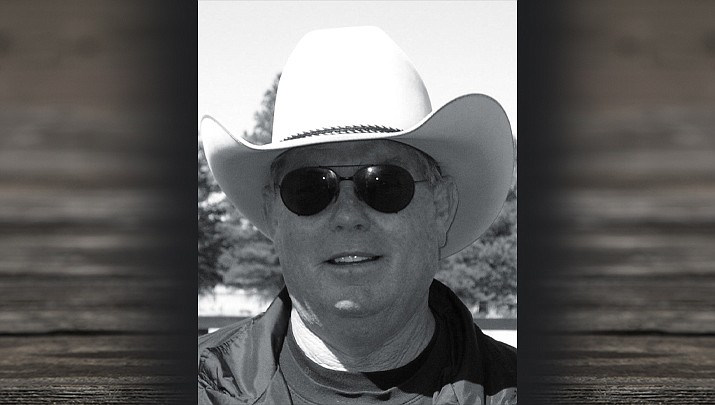 Larry was the first of four children to parents Lawrence Heathington and Faye Anne Wood. He grew up here, a typical childhood in rural America in the 1950s.

He was a family oriented child and he spoke fondly of playing with his siblings and cousins. He attended grade school in Kingman, and graduated just in time for the Vietnam War. He served his country well and was proud of his service.

Upon coming back home he continued his public service by becoming a police officer in Kingman as well as Gilbert, Arizona in the 1980s.

Somewhere along the way he discovered a passion for the wilderness. He started hunting and learning from his mentor, Bernie Lawrence, and he turned this into a successful guide service.

Along this path he met another adventurer and they became great friends. His name was Robert Peterson. Their adventures were legendary to say the least. They hunted from Mongolia to Africa, Alaska to Peru, and everywhere in between.

Pick up an old copy of Petersons Hunting Magazine and you can read all about it. His journals speak of “wind in the tall grass, trees at first light, sunrises, sunsets, unblemished landscapes in fresh snow, and mornings at high altitude on a clear day.”

He reveled in his life and would tell fantastic tales from the expeditions around the world. In his last days he spoke to me about the end. He said “I’ve lived an incredible life; I’ve seen things most men will only dream about. I started with next to nothing and couldn’t have dreamed any of this would happen. A little hard work and a couple of breaks along the way and you can go further than you ever expected. I have few regrets in life and the ones that I brought along are in my distant past. While I’m not looking forward to the end of this chapter, it will certainly take me on another adventure.”

Larry was more than just an adventurer. He was loved and cherished by his family.

He was preceded in death by his father Lawrence, mother Faye Anne, and sisters Leanne Thornton and Lori Kay Blair. He is survived by his brother, Tom Heathington; his four children, Autumn McNamara (Dominic), Dorothy Heathington, Claudia Desandro (Christopher) and Kevin Heathington; and his grandchildren, Avery McNamara, Cole McNamara and Aiden DeSandro. There will be a celebration of life on Oct. 3 2020 at Metcalfe Park from 11 a.m. to 3 p.m. Please bring a lawn chair to sit and visit.