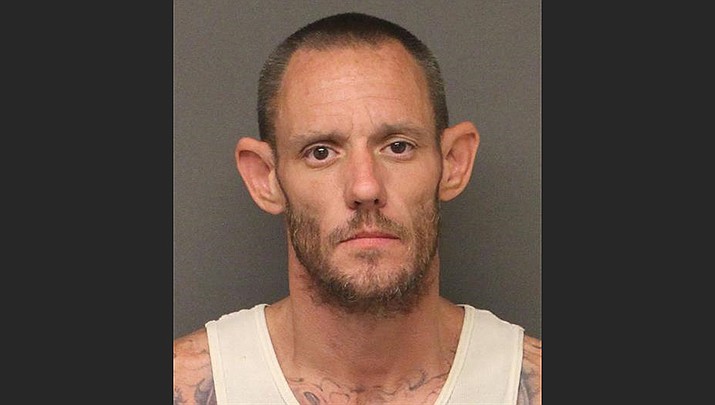 KINGMAN – Timothy Milton Krueger, 39, was arrested by Mohave County sheriff’s deputies on Friday, Sept. 25 after allegedly pointing a weapon at a woman and threatening to kill her at about 2:45 p.m. Monday, Sept. 21. It was also reported that Krueger fired the weapon at a vehicle on the property.

According to the Mohave County Sheriff’s Office, Krueger fled the scene prior to deputies’ arrival. A nearby deputy advised he spotted Krueger in an alleyway before he fled on foot. A subsequent search for Krueger was unsuccessful.

At approximately 2 p.m. Friday, Sept. 25 deputies received information that Krueger was at a residence in the 3600 block of Northfield Avenue. Deputies positioned themselves around the property and began making announcements for all residents to exit. After multiple unanswered announcements, MCSO SWAT responded to the scene.

A search warrant was obtained and a distraction device and chemical agents were introduced into the residence. At 4:50 p.m., Krueger was placed into custody on suspicion of felony aggravated assault per domestic violence, misconduct involving weapons, possession of a weapon by a prohibited person and resisting arrest.