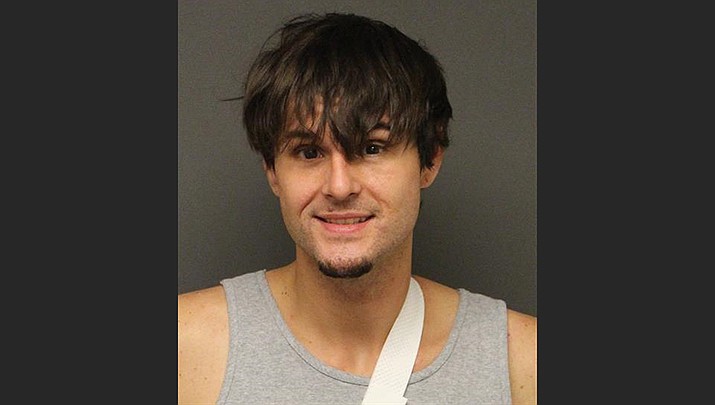 KINGMAN – Anthony Charles Hall, 35, of Kingman was arrested in Austin, Texas on Tuesday, March 30 in connection with the homicide of 58-year-old Jesus Juan Martinez of Kingman, and is awaiting extradition back to Mohave County.

At approximately 1:10 p.m. Sunday, March 28, Mohave County Sheriff’s Office deputies responded to a residence in the 3600 block of Butler Avenue and located a deceased male subject, identified as Martinez. The sheriff’s office wrote in a news release that suspicious circumstances were observed and detectives were called to investigate.

An autopsy was conducted by the Mohave County Medical Examiner’s Office, which found that Martinez died of multiple injuries consistent with being assaulted. The victim’s car, a 2009 KIA sedan, was missing from the home and an attempt to locate was issued for the vehicle.

At approximately 10:51 a.m. Tuesday, detectives with the assistance of the U.S. Marshals Service, located the vehicle in Austin. The vehicle was reportedly occupied by Hall, who was arrested after a traffic stop was conducted.

Hall was taken into custody, and will be extradited back to Mohave County on suspicion of second-degree murder and theft of means of transportation, both felonies. According to MCSO, Hall was arrested for aggravated assault per domestic violence during an incident with Martinez in January 2021.