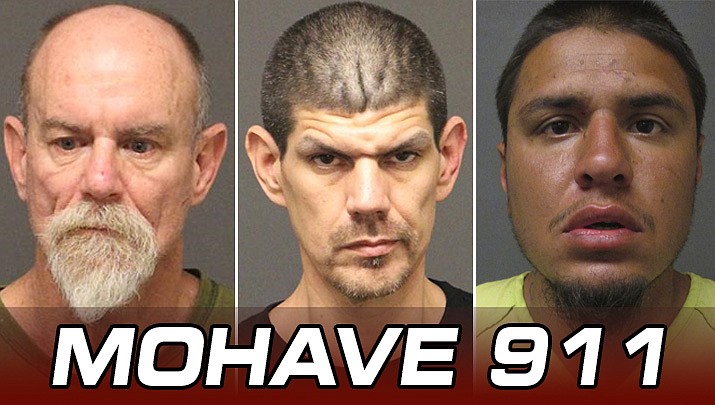 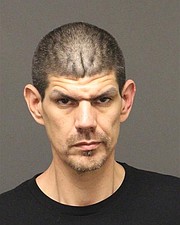 Nicholas Abran Muniz, 40, of Kingman, was arrested by the Mohave County Sheriff’s Office on Wednesday, March 24 on suspicion of dangerous drug possession.

MCSO reports that at 6:10 p.m. deputies responded to a residence in the 4000 block of Lum Avenue for a probation assist. Probation officers advised that during a residence search, they located a baggie containing a white, powdery substance, and a handgun.

Muniz reportedly admitted the substance was methamphetamine. He was arrested on suspicion of dangerous drug possession and possession of a weapon by a prohibited person, both felonies.

MCSO reported that at noon deputies received a call of a vehicle stolen from a business in the 18000 block of Highway 93 in Wikieup. The victim had gone inside to pay for gas and observed a male enter her vehicle and leave northbound toward Kingman.

Deputies located the stolen vehicle around the DW Ranch Road exit and a pursuit ensued. Deputies and state troopers pursued the vehicle to the Andy Devine Avenue exit, where stop-sticks struck the passenger-side tires of the vehicle, which still did not stop. It came to a stop in the westbound lanes after a pit maneuver was conducted.

Deputies drew their weapons, but the driver refused verbal commands to exit the vehicle. After several minutes of “ignored commands,” the suspect, identified as Cortez, was removed from the vehicle and jailed on suspicion of two counts of criminal damage, theft of means of transportation and unlawful flight from law enforcement, all felonies.

Two DPS vehicles each sustained about $1,000 in damages. 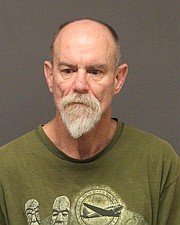 The Mohave County Sheriff’s Office wrote in a news release that at approximately 2 p.m. Tuesday, March 23, deputies responded to a residence in the 5000 block of Mesa Drive in Topock in reference to domestic violence.

Deputies made contact with the victim, who claimed she had an active order of protection against Sintic, who is currently confined at the Mohave County Adult Detention Facility.

She advised she received a phone call and that when she answered, she heard Sintic on the line. Sintic allegedly began yelling profanities at her prior to the victim hanging up the phone. When asked about the call, Sintic denied calling the victim. According to MCSO, phone records were obtained for Sintic, which showed an outgoing phone call to the victim’s home number.