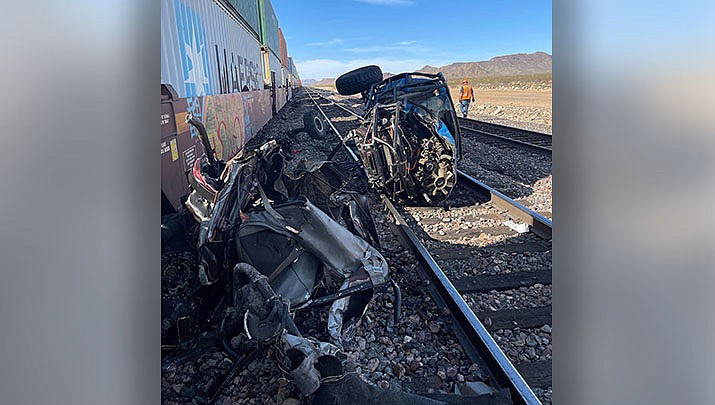 Three people were killed Sunday, April 4 when two vehicles were struck by a train in Golden Valley. (MCSO photo)

KINGMAN – Three people, occupying two vehicles, were killed in a vehicle versus train collision in Golden Valley on Sunday, April 4.

The Mohave County Sheriff’s Office wrote in a news release that at 2:42 p.m., deputies arrived on scene and observed that two vehicles had been hit by a train. All three occupants of the two vehicles were deceased on scene.

The investigation revealed that the vehicles were stopped at the railroad crossing while waiting for a passing eastbound train at milepost crossing 528.6. Once the train passed, the vehicles began crossing the intersection, not seeing an approaching westbound train.