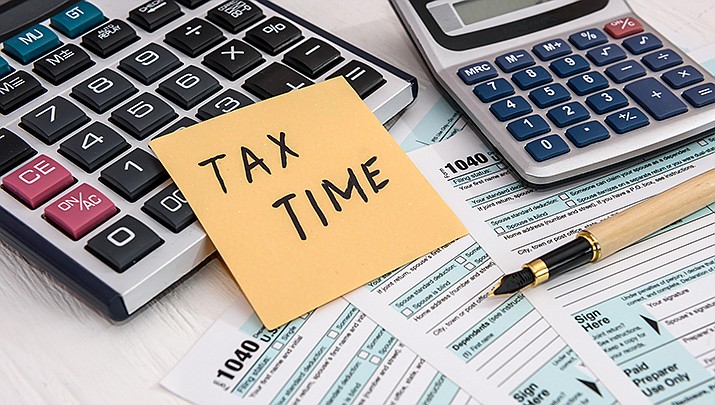 PHOENIX - Arizona is delaying its tax-filing deadline until May 17 to match a delay for federal tax returns.

Gov. Doug Ducey approved the change in legislation he signed on Monday, 10 days before the traditional April 15 deadline.

The IRS announced last month that it would extend the tax season by one month as the agency worked to issue guidance for tax law changes as part of the latest coronavirus relief legislation. The state and federal tax deadlines were also released last year when the pandemic first upended the economy.

Wrong-way driver among 5 who died in car crash

MORRISTOWN – Authorities are trying to determine if a Cave Creek man was driving his pickup truck impaired without headlights on in a fiery crash that killed him and four people in an SUV last week.

Arizona Department of Public Safety officials said 37-year-old Michael Glen Sytsma was driving the wrong way on U.S. 60 when it struck an SUV head-on about 10:30 p.m. last Friday in Morristown, some 50 miles northwest of Phoenix. They say Sytsma died in the crash while the SUV burst into flames and its four occupants haven’t been identified yet.

A medical examiner will complete a toxicology report to see if impairment was a factor in the crash, according to the DPS. The medical examiner also is working to positively identify the four people who died in the SUV.

PHOENIX – Authorities say a man charged in the road rage death of a 10-year-old Phoenix girl remains hospitalized after fighting with another inmate.

Sheriff’s spokesman Joaquin Enriquez said it was not known how long Gonzalez would remain hospitalized. He did not give details on his injuries.

Gonzalez is accused of shooting and killing Summer Brown in April 2019. Police say he followed the girl’s family car after her father allegedly cut him off. He approached as the car was in the driveway and opened fire. The girl’s father was wounded but her mother and sister were uninjured. Gonzalez, who was 20 at the time, was arrested two days later following the public release of surveillance video. He has since pleaded not guilty to first-degree murder and three counts of aggravated assault.