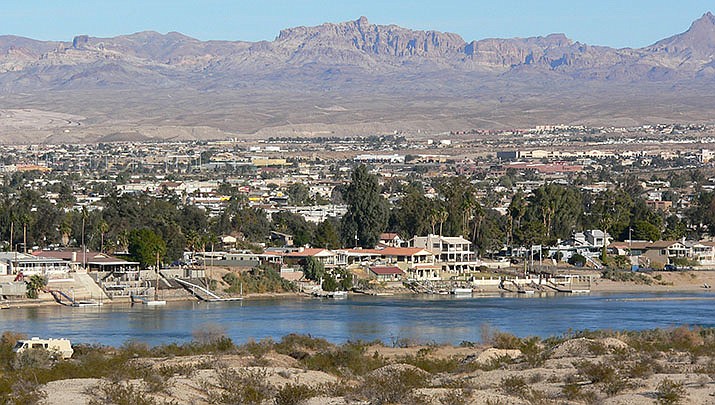 A family of three was injured when they were struck by a jet ski in the Colorado River while wading in Bullhead City on Saturday, April 3. (Photo by Stan Shebs, cc-by-sa-3.0, https://bit.ly/2NBEJPN)

KINGMAN – A 7-year-old girl was critically injured when she was struck by a jet ski on Saturday, April 3 on the Colorado River, and as of Monday was still being treated for her injuries.

The Bullhead City Police Department wrote on its Facebook page that the incident occurred at approximately 5:20 p.m. Saturday. Emergency crews headed to the area after receiving a report of a watercraft accident where a jet ski operator had lost control and struck a mother and her two daughters, ages 7 and 12, who were wading in the water.

The 7-year-old girl was airlifted to a Las Vegas hospital and was still being treated for her injuries as of Monday, April 5. The 12-year-old girl and the mother were treated at Western Arizona Regional Medical Center.

Bullhead police wrote that the accident is still under investigation, however, the operator of the jet ski was cooperative with police and consented to a blood draw. The jet ski reportedly stalled and the operator tried to avoid hitting the family, but was unable to control the vessel.

The family is from Las Vegas and was visiting for the holiday weekend.