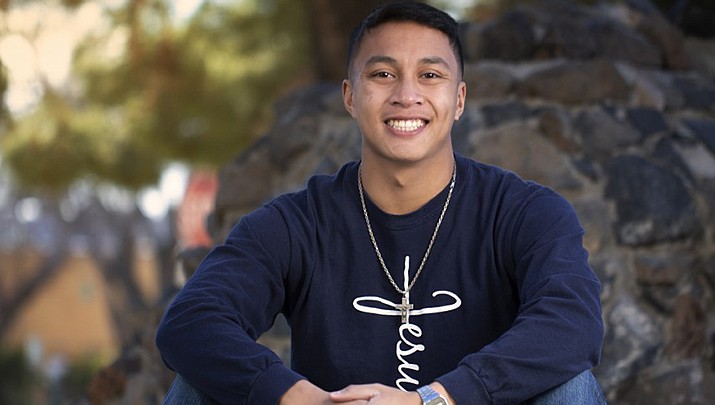 Kaiona Bautista, a senior at Lee Williams High School, has been chosen as the Kingman Rotary Club’s Student Rotarian for the spring semester. (Photo by Lisa McClung)

Bautista was selected because of his excellence in academics, athletics and community service, the club wrote in a news release.

Bautista will graduate in the “Top 11,” which is a special honor among LWHS graduates. His hard work in the classroom earned him several awards including the Golden Bugle Award, Golden Pike Award, Golden Helmet Award, Physics I Top Student Award, and outstanding student awards in U.S. History and College Algebra.

Bautista is also active outside the classroom with athletics and activities. He has been the captain of the swim, and track and field, teams. He currently serves as student body president and on the Arizona Association of Student Council State Presidents. He has also been a member of the Hispanic Student Union, National Honor Society and Link Leaders.

After graduation, Bautista will pursue a degree in exercise health and wellness at Arizona State University while being a part of the Naval Reserve Officer Training Corps to hopefully graduate as a naval officer.