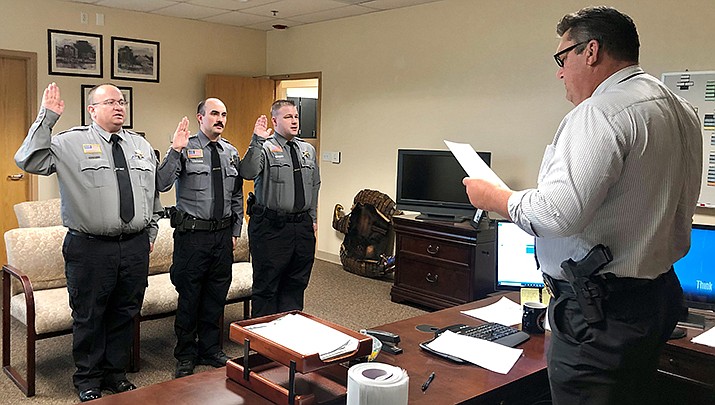 The new detention supervisors “have demonstrated that they have the knowledge, experience and drive to excel in their new ranks,” the Mohave County Sheriff’s Office wrote in a news release.

The trio was sworn in by Mohave County Sheriff Doug Schuster on Monday, April 5.

“We look forward to seeing them grow and excel within our agency,” Schuster said.