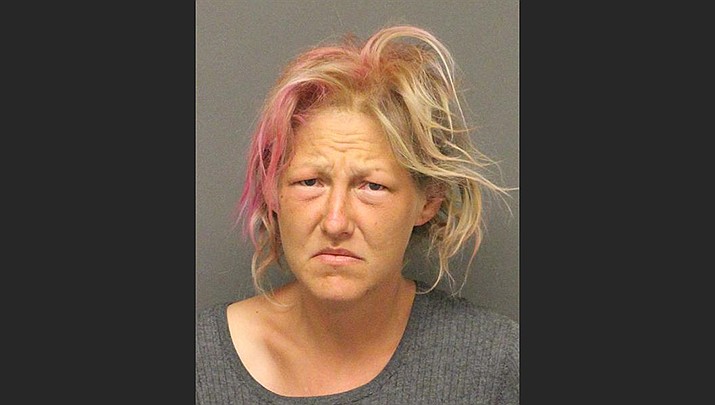 KINGMAN – Marsha Chantay Gill, 35, of the Kingman area, was arrested by the Kingman Police Department on Wednesday, April 7 after witnesses reported a truck driving recklessly along E. Andy Devine Avenue.

The Kingman Police Department wrote in a news release that officers responded to the 3300 block of E. Andy Devine Avenue regarding reports of a tan Chevrolet pickup truck driving recklessly and dangerously at approximately 7 a.m. Wednesday.

According to KPD, witnesses reported the truck to be passing vehicles and speeding through a school zone, and passing and driving in opposing lanes of traffic.

The vehicle stopped in a parking lot in the 3300 block of E. Andy Devine Avenue.

Officers arrived and contacted the driver, identified as Gill, who appeared to be impaired. Gill reportedly made statements of illicit drug use and appeared delusional. KPD wrote that the investigation revealed that Gill had stolen the vehicle from a residence in the 2200 block of Pasadena Avenue several minutes earlier.

Investigators believe Gill had been walking along Pasadena Avenue when she discovered keys in the ignition of the unattended truck.

She was booked into the Mohave County Adult Detention Facility.