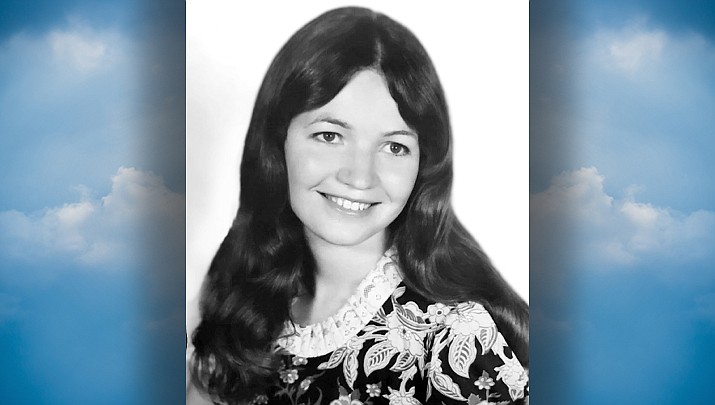 Jacqueline Marie Glancy, 69, passed away at her home in Kingman on Monday, Feb. 22, 2021. She was born Aug. 21, 1951 to the late David and Helen Hughes. Jackie moved to Kingman in her teens where she graduated from Mohave County Union High School in 1969. After high school she met Kingman native Richard Glancy and they were married in Saint Mary’s on St. Patrick’s Day, 1974. Jackie and Richard spent the majority of their 46 years together in Kingman where they raised their children surrounded by family and friends. A strong woman with a creative soul, Jackie enjoyed the country life, never shying away from the steady stream of chickens, goats, dogs and wildlife that found their way through her home over the years. She was an accomplished artist and seamstress who loved antiques, genealogy, and a good ole jaunt through the countryside and possessed a green thumb that was the envy of many.

Jackie is survived by her husband Richard; children Kerry and John; loyal Chihuahua Daphne; and a large extended family. She was preceded in death by her son R.B.; grandparents John and Dorothy; parents David and Helen; and brother David.

Jackie will join her family at rest in Kingman. No public services will be held at this time.