Column | Life comes with more side effects than COVID-19 vaccine 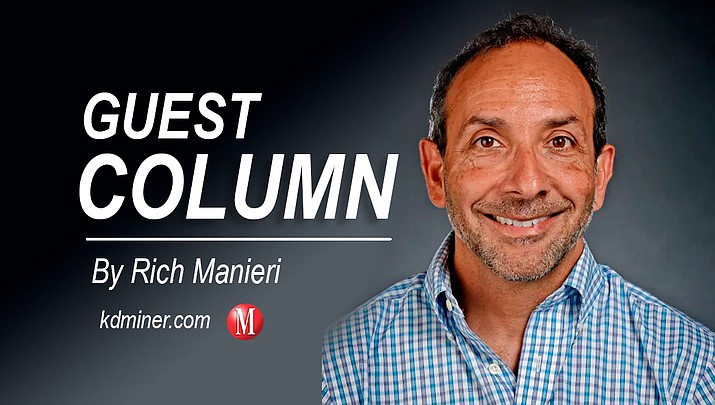 I knew it. I get the Johnson & Johnson COVID-19 vaccine and three days later, “J&J vaccine paused due to blood clots.”

I have to admit I felt a little uneasy when I trudged into the local public library in an Orwellian procession of citizens on their way to inoculation. My hesitancy had nothing to do with the vaccine. The shot hurt a bit but I never let on, mostly because the elderly man next to me, who looked as if he’d seen the Civil War – not the Ken Burns series, the actual war – never even blinked.

My reluctance had everything to do with my natural tendency not to do what most everyone else believes is a good idea. This often works to my detriment. Holiday trash pick-up for example. All the neighbors have their cans at the curb. I don’t. “What could they know that I don’t?” Everything, as it turns out.

Now that I think of it, I can come up with several instances in my childhood when my tendency to swim upstream really didn’t help me.

I can remember, in junior high school, standing in the middle of two dozen or so of my classmates, most of whom – but not me – were throwing snowballs at teachers pulling into the parking lot. There I was, minding my Ps and Qs, doing the right thing, when an art teacher whom I recognized but didn’t know parted the crowd like the Red Sea and pointed directly at me.

“J’accuse!” she shouted. I didn’t know French but I knew whatever she said wasn’t good.

In a similar incident when I was about 10 – as many of my childhood traumas involve snowballs – I was with a group of boys who were throwing snowballs at buses. I was the only one not throwing.

In this particular case, and in a highly unusual and unexpected turn of events, the driver stopped the bus, dismounted and gave chase while his passengers, noses pressed against their windows, viewed the unfolding drama. The other boys scattered while I stood there. After all, I hadn’t done anything. Then, the burly busman grabbed me by the arm.

“Where do you live?” I told him immediately, of course, assuming that he was merely in the exploratory stages of investigation and simply wanted some background information. Wrong again. I wintered in my room that year.

Given my history, and despite my skepticism in following government recommendations of any sort, I joined the crowd and got the vaccine.

I thought I was in the clear. No side effects, though I did naturally wonder if this vaccine push was nothing more than a deep-state cover to collect my DNA which, my wife predicts, will be used to build a superior life form and create millions of progeny. Obviously. But no one said anything about blood clots.

I felt better when I learned that the clots were discovered in only six of some six million who received the vaccine. A minuscule percentage. Fine. But as my physician wife says, “If it happens to you, it’s a hundred percent.”

Nevertheless, I was feeling OK about it until I made the dreadful mistake of doing some research online. Now, I’m not only convinced I’ll develop a blood clot, but I’m pretty sure I also have Adams-Oliver syndrome, Papillitis and hysterical pregnancy.

The good news is that in another week or so, I’ll be impervious to COVID and I can make a long overdue visit to my mother who had banned me from the premises, I think because of COVID but I can’t be sure.

However, I do believe in planning for the worst. So, in the event that something other than COVID kills me, I’ve been workshopping a few epitaphs, you know, for the headstone.

“The government killed me.” Not married to this one. “At least I didn’t have COVID.” This one will be dated in 20 years. Or my personal favorite, “I was just minding my own business…” It works on so many levels.