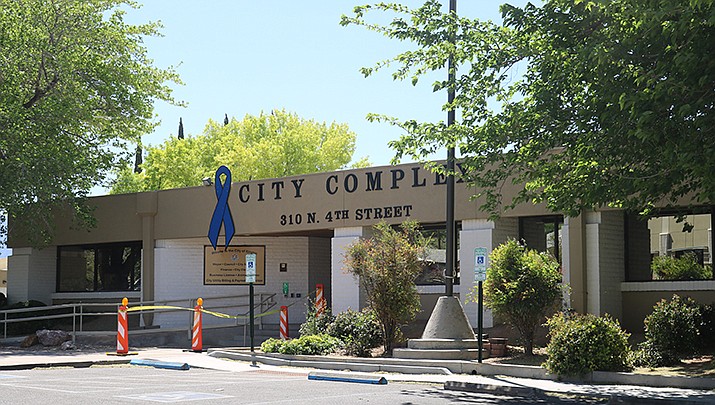 KINGMAN – Kingman City Council will vote on an amendment to municipal utilities regulations for sanitation user rates and fees that would see an increase to those rates for both residential and commercial customers at its meeting set for 5 p.m. Tuesday, April 20 in council chambers, 310 N. Fourth St.

Willdan Financial Services has recently completed the city’s first solid waste rate study in approximately 10 years. It has also been about 10 years since rates were last increased. It was around 2006-07 when council began considering raising monthly rates from $19.19 to the current $19.78 per month.

Based on responses received from a survey on residential customers conducted from November through December 2020, staff recommends that council eliminate the recycling drop-off program and provide twice-a-week trash collection services.

In other matters, the city plans to construct about 7 miles of trail in the White Cliffs Wagon Trail area that would link downtown and uptown Kingman. On Tuesday, council will consider approval of a grant application for the project. The cost of the construction is $162,000, and if awarded the grant, the city would need to match $18,200.

Long Mountain No. 4, one of the city’s primary production wells producing approximately 800 gallons of potable water per minute, experienced a decrease in water production on March 18. The cost to repair comes in at nearly $80,500, which would come from the Water Capital Renewal Fund.

The City of Kingman Parks and Recreation Department wants to spend $48,635 to replace a boom truck that went out of service in 2020.

The replacement vehicle would have less impact on surrounding turf and would not require a CDL license to operate, according to the agenda.

Council will also vote on a rezone of properties at 3180 and 3186 Beverly Ave. from residential to commercial. That rezone would pave the way for the application of a conditional use permit for a billboard.

In other consent agenda business, council will consider acceptance of an $86,283 grant for the Mohave Area General Narcotics Enforcement Team, for which the city serves as the fiduciary. Also up for approval is a $1,000 grant awarded to the Kingman Police Department from the AZ Governor’s Office of Highway Safety for a two-week “Buckle Up” enforcement campaign from May 24 through June 6.

Moving onto department reports, council will hear a presentation on Fire Station 5, which would be located east of the intersection of Airway Avenue and Prospector Street at the planned Sunbelt Sports Park. Councilmembers will also hear a report on art in downtown Kingman.