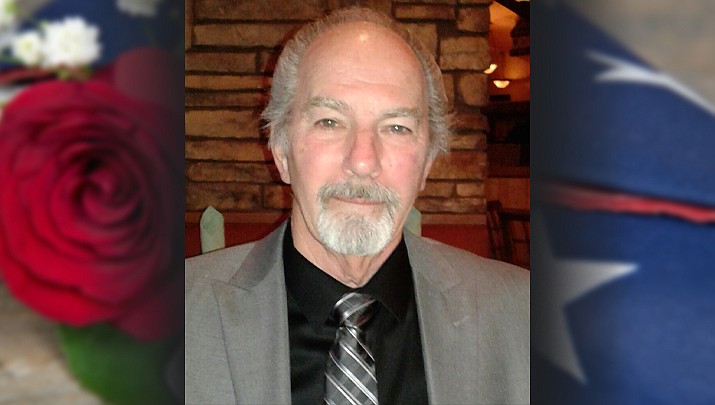 Kenneth Allen Gattorna fell asleep in the Lord on April 2, 2021 at the age of 77. He is survived by his loving wife Tish Bedford-Gattorna; siblings Larry, Jerry and Marilyn; daughter Nicole; and stepsons Ken and Paul. He joins his parents Laurence and Marguerite Gattorna, and his wife of 46 years, Elizabeth Susan.

Kenneth was born in Chicago, Illinois on Jan. 26, 1944. At the age of 19 Kenneth joined the Army where he proudly served for four years. Kenneth achieved the rank of sergeant before being honorably discharged.

Sue and Kenneth married in 1969 and in 1987 they moved to Kingman with their daughter Nicole. Ken worked for Ford until he opened Midtown Auto Center with Jerry Richmond in 1994. Kenneth retired in 2019.

Kenneth and Tish met in 2015 and began courting in 2017. They married in 2018 and never stopped playing practical jokes on each other, laughing, playing cards, board games, going on road trips, and enjoying time with their precious dogs Penny and Puddles.

Kenneth was an avid RC plane builder and pilot. He and Tish were members of the Kingman Fun Flier RC Club which he helped form in 2014. He was also a member of the Golden Eagle RC Club. On most days when he wasn’t out with Tish and friends having an adventure in his classic car which he lovingly restored, you could find him at one of the RC airfields with his fellow fliers.

Kenneth was loved and admired by many who knew him and will be sorely missed.

A celebration of life will be held at The Kingman Seventh-Day Adventist Church, 3180 White Cliffs Road, Kingman, Arizona, 86402, on Saturday, May 1 at 2 p.m.