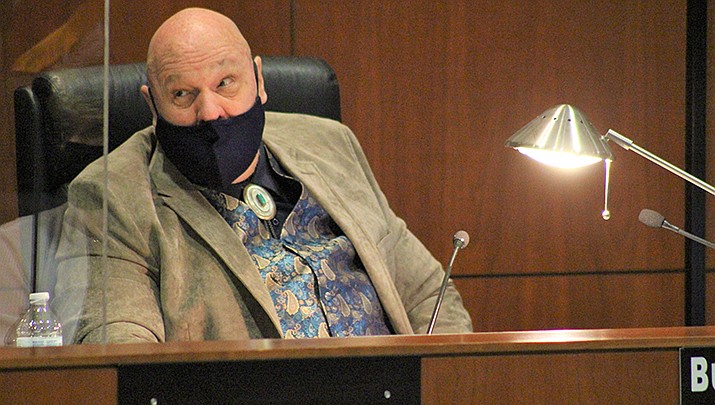 Buster Johnson, chairman of the Mohave County Board of Supervisors, has declared a County Emergency due to the Flag Fire burning in the Hualapai Mountains. (Miner file photo)

KINGMAN – Chairman Buster Johnson of the Mohave County Board of Supervisors has declared a County Emergency as a result of the Flag Fire in the Hualapai Mountains.

Authorities are emphasizing that no donations or volunteers are needed at this time. According to InciWeb, the fire had grown to 1,000 acres as of 10 a.m. Monday, April 26.

That document will also be signed by BLM, the Arizona Department of Forestry and Fire Management, and by the Central West Zone Incident Management Team, the incident commander. Those entities are expected to sign the document today.

“Hualapai Mountain Park will be closed to new visitors … during the existence of said emergency or until the threat in the park is declared over,” Johnson’s order states. “The Mohave County Emergency Response and Recovery plan is hereby activated and in effect until further notice.”