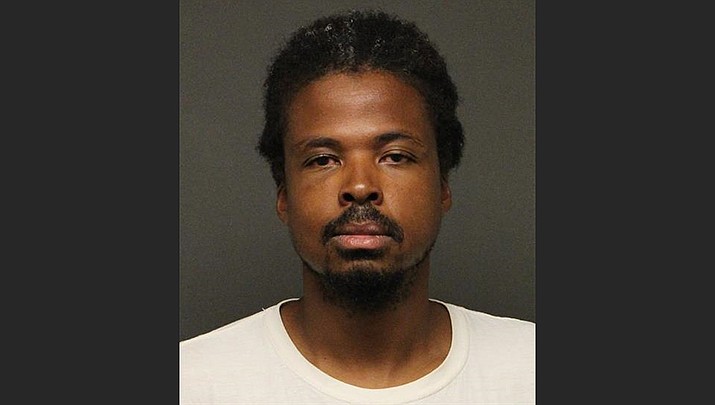 KINGMAN – James C. McCall, 38, of Lansing, Illinois, was arrested by the Kingman Police Department on Wednesday, April 21 after allegedly threatening a woman with a knife during an altercation and punching her in the head.

KPD wrote in a news release that at approximately 11:40 p.m., officers responded to a disturbance at a motel in the 1100 block of Sunrise Avenue, where it was reported that a knife was involved. Officers arrived and contacted a group of people in a room on the second floor.

According to KPD, the investigation determined McCall had threatened a female subject in the room with a knife during an altercation. It is also alleged that McCall punched the female in the head and threw her down prior to someone dialing 911.

The victim, 44, of Georgia, was transported to Kingman Regional Medical Center with minor injuries to her head and face. McCall, the victim and two other subjects were sharing the room, according to KPD.

“This incident was not a domestic violence relationship,” KPD wrote.

McCall, who reportedly admitted involvement, was arrested on suspicion of felony aggravated assault with a deadly weapon. He was booked into the Mohave County Adult Detention Facility.