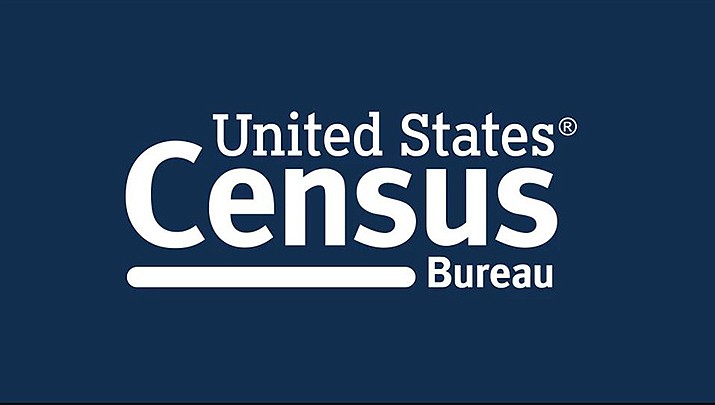 PHOENIX – Arizona is not going to get more representation in Washington.

And one political demographer said it may be because some Hispanics chose not to respond to the decennial survey.

The Census Bureau announced Monday that Arizona had not gained enough population in the past decade, at least not in the official count, to merit another congressional seat. That keeps it at nine members of the U.S. House.

This is the first time since the 1960 census that Arizona has not picked up a seat.

According to the announced tally, Arizona added 746,223 new residents between April 1, 2010 and the same time a decade later, bringing the tally to nearly 7.16 million. That amounted to an 11.6% growth rate.

By contrast, the country as a whole grew just 7.1%.

But other states grew faster. And given how the congressional seats are allocated, Arizona just didn't add enough population to merit that tenth seat.

And here's the thing: Arizona wasn't even close to getting one of the seats given up by other states with lagging population growth.

The Census Bureau reports that New York was the first state to fall off the bottom as it divided up the 435 seats that were available. Had census workers found an additional 89 people in the Empire State it would not have lost a seat to somewhere else.

Next in line for those available seats was Ohio which fell short and also lost a seat.

In fact, both Texas and Florida with their growth rates were closer to picking up additional seats – Texas already is getting two and Florida getting one – before Arizona would have been in line for No. 10.

The results were surprising given the general consensus in the political community as well as experts like Election Data Services that Arizona would be seating an additional member of Congress.

Political consultant Chuck Coughlin called the findings "shocking.” He was not alone.

"It's hard to believe, with all of our incoming population – and with states like California losing a seat for the first time in state history – that we're not getting one,” said consultant Stan Barnes.

He said not only was Arizona predicted to gain a seat based on annual population estimates but that Texas was due to pick up three new seats and Florida two.

"What do all those states have in common?” Brace asked before answering his own question: large Hispanic populations. And that, he said, is no accident.

The key, Brace said, was the effort by the Trump administration to add a citizenship question to the survey.

"It caused people to not respond to the census,” he said. "And, as a result, they were all lower than what they were anticipating.”

Brace said it's irrelevant that Trump failed to get that question on the form.

"If you got all of those press reports and commentary and everything else talking about how much Trump doesn't want people to respond if they're Hispanic, you don't necessarily have to have a question on the survey,” he said.

Gov. Doug Ducey told Capitol Media Services two years ago he was siding with the administration, even as he was asked whether that could lose the state a new congressional seat.

"There's a number of different questions the federal government chooses to ask,” he said. "I think to get a handle on who's here, who's a citizen and who's not is a fair question.”

There was no immediate response from Ducey who put $1.8 million into a campaign in a bid to boost the state's response rate.

Instead, an aide to Ducey directed reporters to a prepared statement from AZ Census 2020, the state's official effort to get a complete count.

"While we're disappointed Arizona didn't receive an additional congressional seat, we want to recognize last year's historic effort,” the organization said in a prepared statement on Twitter. That included what the group said was a state-wide campaign to reach underrepresented communities,” with the state having its highest self-response rate to the count in decades.

Coughlin said there will be losers in all this. And it starts with rural Arizona.

It will be months before the Census Bureau releases more detailed data for each state. But annual statistics collected by the state show that the largest population growth has been in central Arizona, meaning Maricopa and Pinal counties.

Now the existing nine districts need to be redrawn to put about 795,500 individuals in each district. What that will mean is that to get sufficient residents to create a rural district – where the population growth is the slowest – the geographic size of that district or districts will have to be even larger.

Put another way, residents of Sierra Vista could soon find themselves sharing a representative with residents as far away as the Grand Canyon.

With a 10th seat, he said, there would be a chance for Republicans, who now have just four of the state's nine House members, to push for some major revisions that might give them a better chance. But with the status quo, Coughlin said that will lead to pressure to simply start with the current lines – the ones that give the Democrats that 5-4 edge – and just make minor revisions.

But Barnes said he's not sure any of this helps either party.

"Both parties wanted that 10th seat,” he said.

"Both parties thought they could have that tenth seat” with new lines, Barnes said. "And now no one gets to play.”

Then there's the human equation.

There are state legislators who were hoping that a new seat, plus radically redrawn lines, might create a political opportunity for them. They now have to reevaluate their own futures.

And if they stay put, then that does not open up their own seats for others hoping to become state lawmakers.

Prior to 2000 it was up to the Legislature to draw the decennial lines both for their own districts and the seats in the U.S. House. That usually resulted in districts that favored the party in power.

That year voters wrested away that power, creating the Independent Redistricting Commission. It includes two people each appointed by party leaders; those four choose a fifth political independent to serve as chair.

That 2020 initiative specifically sets some limits and guidelines on the commission's decisions.

For example, they are supposed to respect communities of interest and use political boundaries when possible.

Commissioners also are required to create as many politically competitive districts as possible. And that could create a mandate to take what have proven to be "safe” districts, like those occupied by Republican Andy Biggs and Democrat Raul Grijalva, and find ways to try to even them up by party registration.