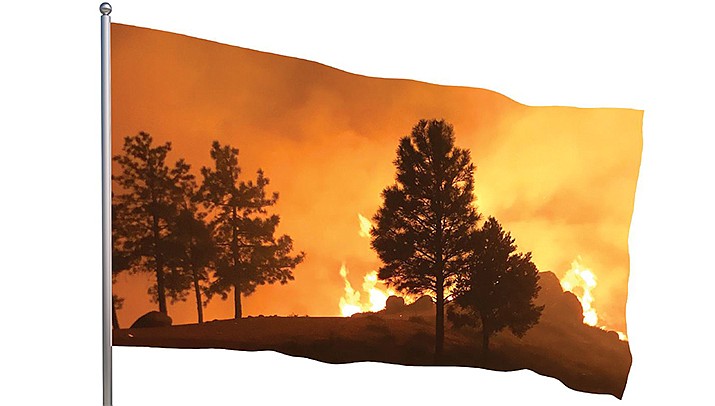 KINGMAN – The Flag Fire in the Hualapai Mountains has now burned approximately 1,400 acres, but rain and snow received Monday, April 26 is providing fire crews with increased opportunities to mitigate the blaze. However, that reprieve may only last a day or so, according to the Bureau of Land Management’s Arizona Office.

The Flag Fire began at approximately 2 p.m. Sunday, April 25 between the Flag Mine and Wild Cow Campground in the Hualapai Mountains. The cause is still under investigation, with ponderosa pine at higher elevations, and brush and grass fueling the fire.

The Pine Lake community, approximately 200 homes, was evacuated Sunday afternoon, as was Hualapai Mountain Park. The communities of Atherton Acres and Pinion Pine remain on SET status for evacuations. That means evacuation orders are imminent for those areas, and their residents should start preparing to evacuate. As of noon Tuesday, only one structure, a shed, had been lost to the Flag Fire. No injuries or deaths have been reported.

According to InciWeb, firefighters continued working the area overnight. Higher elevations reported a light dusting of snow, with Tuesday’s weather conditions showing increased humidity. Those conditions will allow firefighters to take a more direct attack on the fire by building containment lines prior to warming and drying conditions expected later in the week.

Dolores Garcia, public information officer with the BLM’s Arizona Office, said that as of noon Tuesday, April 27, there was too much cloud and fog cover over the Hualapai Mountains for a helicopter to do reconnaissance on the Flag Fire. That left acreage affected at 1,400 for the time being, but more has likely burned.

“As soon as the fog lifts, we will likely continue the use of aviation resources,” Garcia said in reference to helicopters used for reconnaissance and firefighting efforts, as well as air tankers.

Garcia said firefighters continue to make strategic plans with the incident management team in regards to how resources will be deployed. Current priorities include the community of Pine Lake, “at the edge of the fire on its eastern side,” and communication towers on the west bank of the fire.

“Those towers are critical to public safety,” Garcia said, speaking to not only law enforcement, but also the BLM’s own firefighting efforts.

Improvements are also being made to fuel breaks in the area of the fire. However, the fire still sits at zero percent contained. But that figure doesn’t mean containment measures are lacking.

“When it comes to percentage of containment, we really like to be absolutely certain those features are going to withstand any challenges presented to them,” Garcia said. “Once the clouds lift and the area dries out, are those features going to hold as true containment? That’s when we begin to move that number. We’ll keep it at zero until we have that certainty.”

While firefighters are taking advantage of cooler temperatures and moisture dropped by a storm on Monday, Garcia noted that the weather is forecast to change later this week.

“While we are taking advantage of this moisture, it is predicted to get warm and dry later in the week,” she said. “We are aware of that and closely monitoring that. Most of the fire activity we have is in the dead and downed component in mixed conifer. Some of that hasn’t burned since the 1950s.”

She said those flames are the ones that could pose a threat to communication towers on the west side of the fire.

“We can expect, even today, as the cloud layer lifts and we get sun in the fire area, we’ll see the smoke again as the humidity we received overnight dries out,” Garcia said. “We may have only gotten about a one day or so reprieve from some of the more active fire behavior.”

Garcia said Red Flag fire conditions pertaining to high winds are not expected in the Kingman area moving into the latter half of the week, but that “we can expect an increase in fire behavior and fire activity.”

And while the Flag Fire continues to burn, Garcia urged fire prevention efforts as the potential for other fires in the area exists as well. On that note, Garcia said progress is being made in identifying the cause of the Flag Fire.

Flag Fire in the Haualapai Mountains 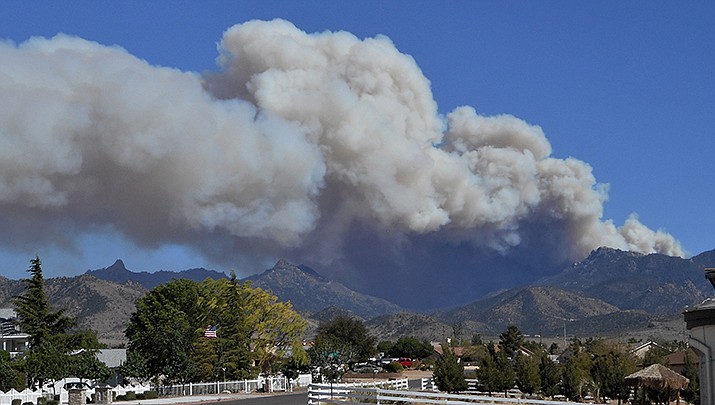 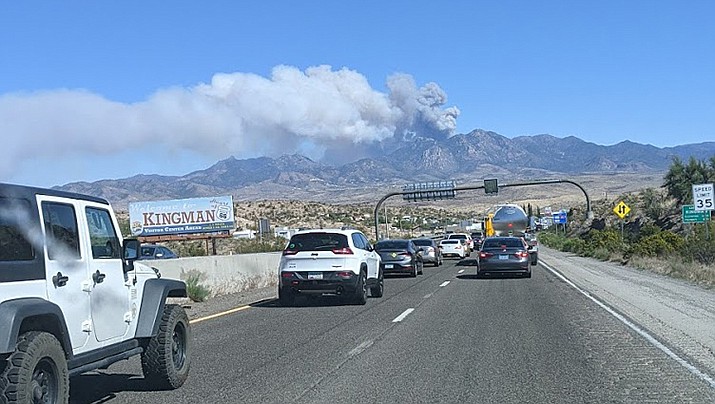 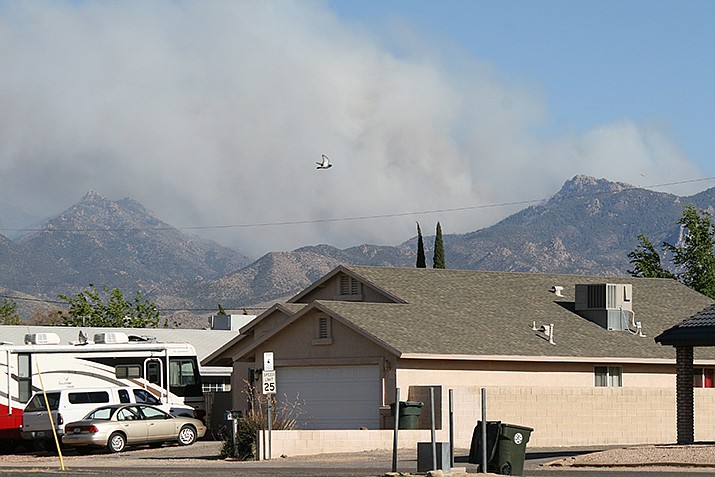 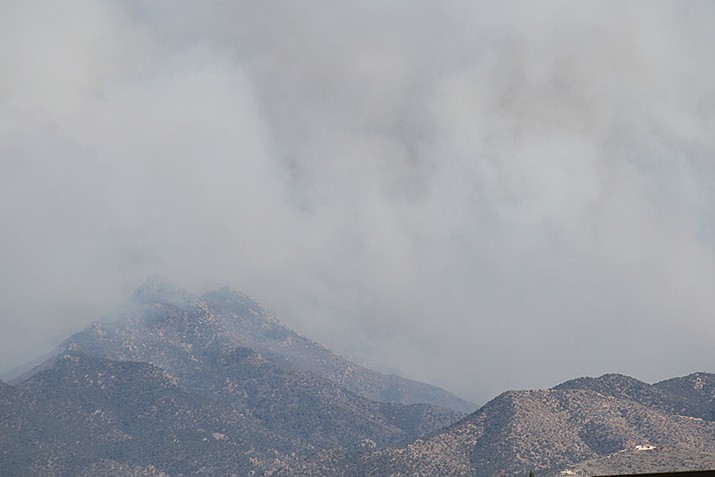 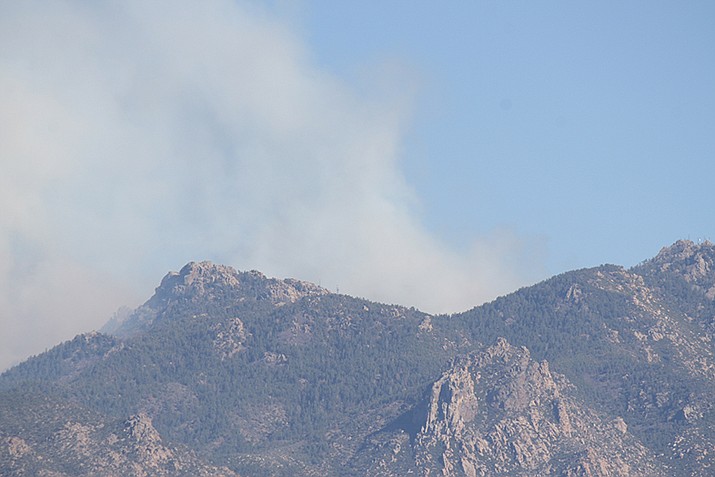 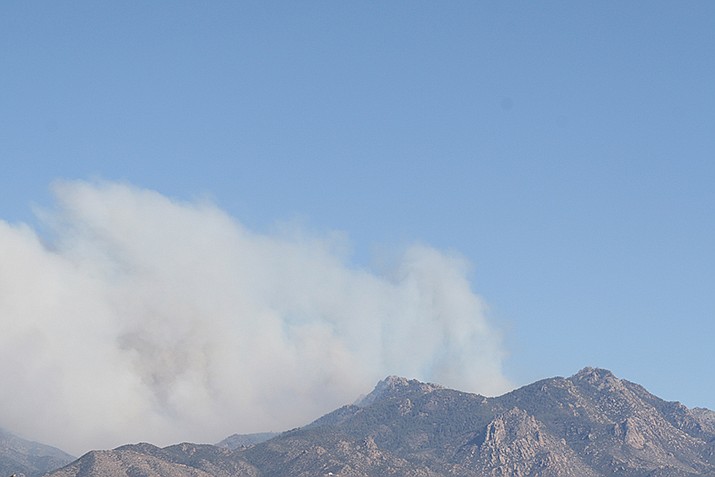 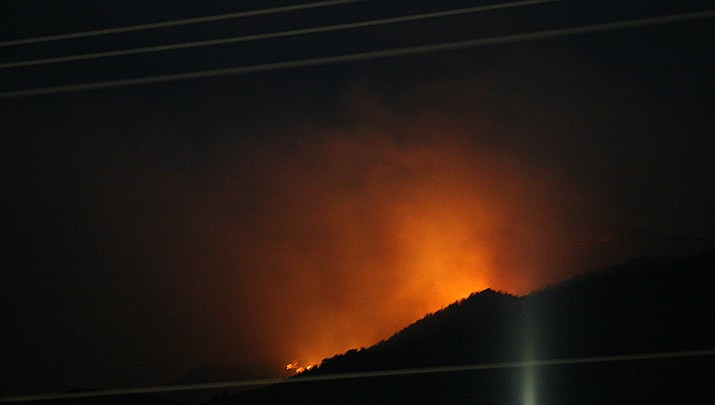 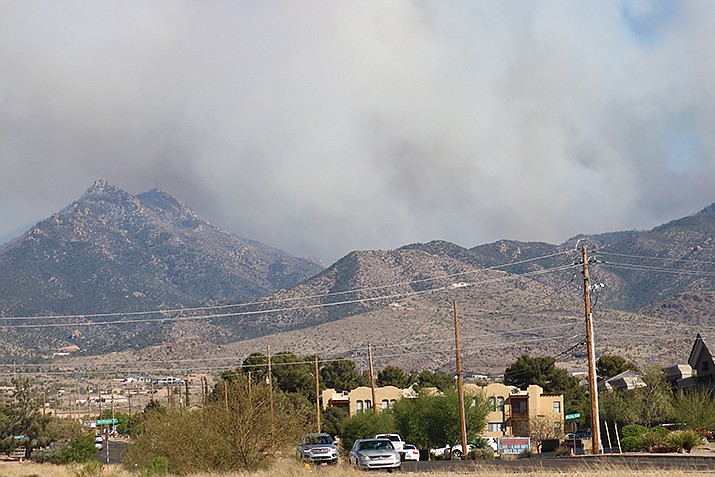 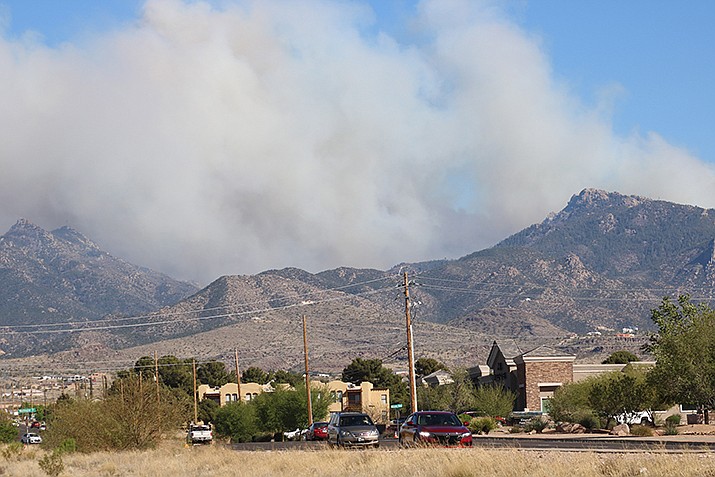 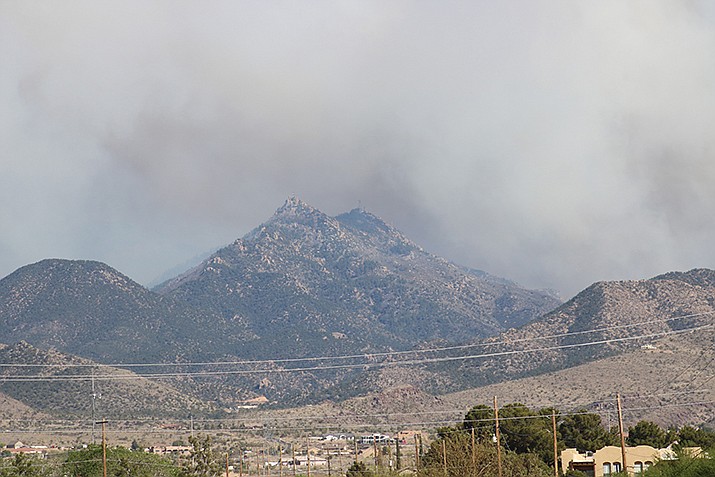 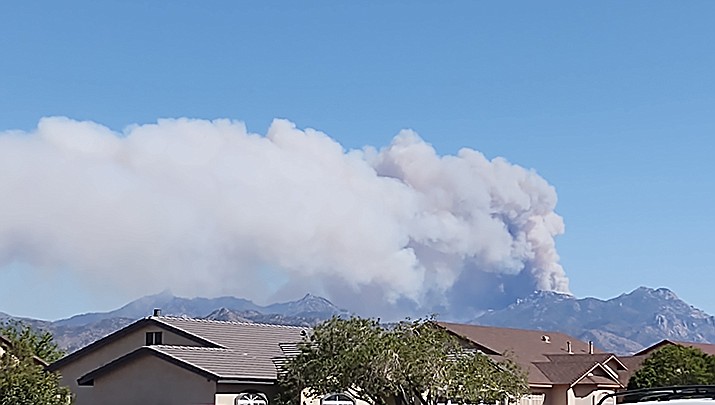 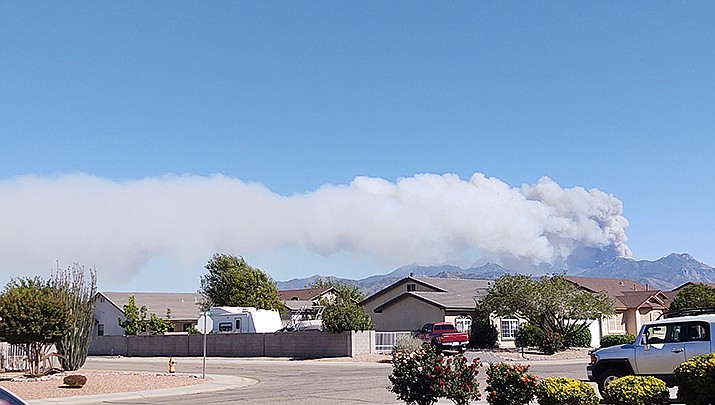 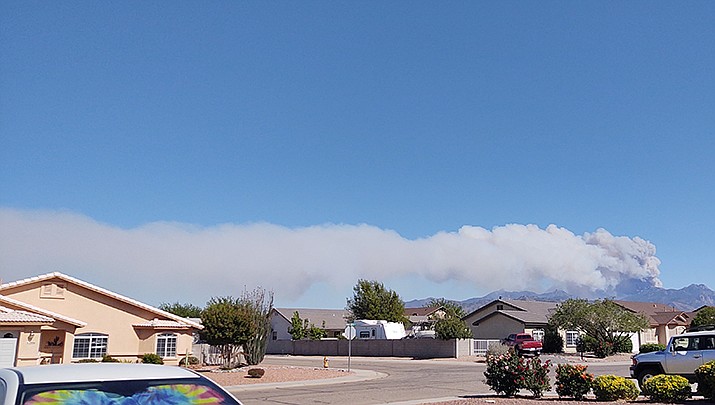 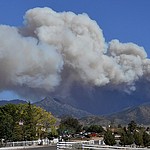 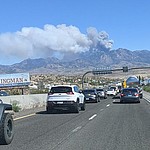 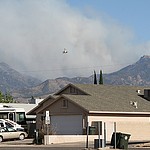 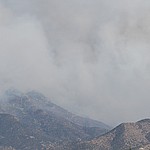 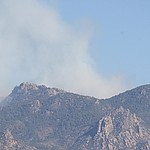 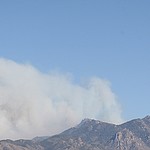 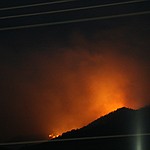 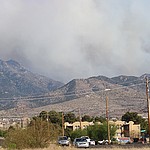 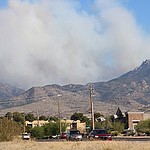 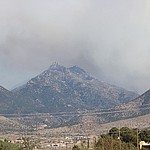 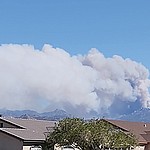 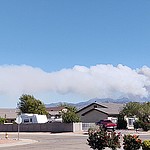 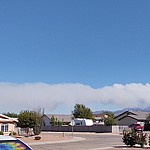