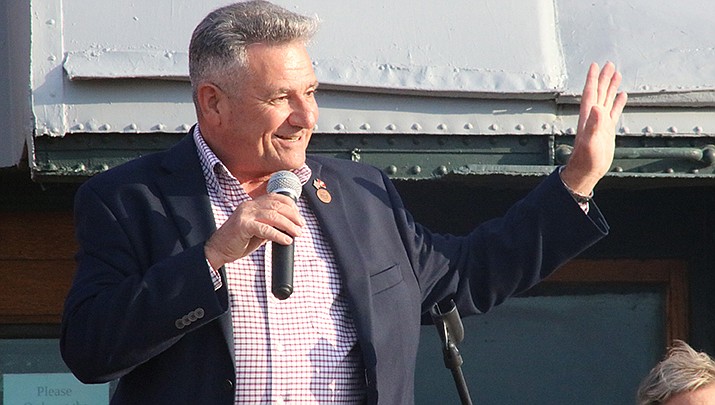 PHOENIX – Arizona lawmakers are moving to limit the role of civilians in reviewing police misconduct, approving Wednesday several measures backed by police unions in the wake of a national reckoning over racial injustice.

“It has all the trappings of making it look like the fox is watching the henhouse here,” said Sen. Kirsten Engel, a Tucson Democrat.

A third bill would give cops a chance to fight their placement on the Brady list, a database maintained by prosecutors of dishonest law enforcement officers. To comply with the 1963 Supreme Court case Brady v. Maryland, prosecutors must tell defense attorneys when police involved in a case have a history of dishonest conduct.

Placement on the list can limit an officer's career prospects because their testimony can be called into question by defense lawyers. The measure prohibits disciplinary action solely for being placed on the list, though police agencies could still punish officers for the underlying offense.

All three bills, which have already passed the House, cleared the Senate in party-line votes.

Republicans say officers should be evaluated by their peers who know the challenges of the job.

“They’re in situations where they have to make split-second decisions to save lives,” said Sen. Sonny Borrelli of Lake Havasu City. “To question their integrity I think is appalling.”

The measures are advancing a week after former Minneapolis officer Derek Chauvin, who is white, was convicted of murder for pressing his knee into the neck of George Floyd, a Black man. Video of Floyd's death sparked protests around the world against police brutality and killings of Black people.

Civil rights advocates say the measures are a step back from the growing trend of having civilians oversee police discipline to ensure public accountability.

“What we need the most is a truly civilian-led oversight,” said Sen. Martin Quezada, a Glendale Republican. “This will restore trust in our community. This will make our communities safer.”

The Senate is also poised to vote on a measure giving prosecutors new tools to bring felony charges against protesters. The measure, which has already passed the House, would elevate a variety of misdemeanor offenses – such as blocking a highway, criminal damage, public nuisance or vandalizing a monument – to felonies if they’re committed during a “violent or disorderly assembly."

Republicans supporting the measure say current laws aren’t doing enough to dissuade violence at protests. The sponsor, GOP Rep. Bret Roberts, said it’s meant to give people “a moment of pause” before participating in a protest.

Meanwhile, the Senate also voted Wednesday to require a criminal conviction before police and prosecutors can take property, a process known as civil asset forfeiture. Lawmakers around the country from both parties have become increasingly uncomfortable with the power of the government to take property that authorities say is tied to crime.