Story behind ‘SPIKED’ to be told in Zoom chat May 1 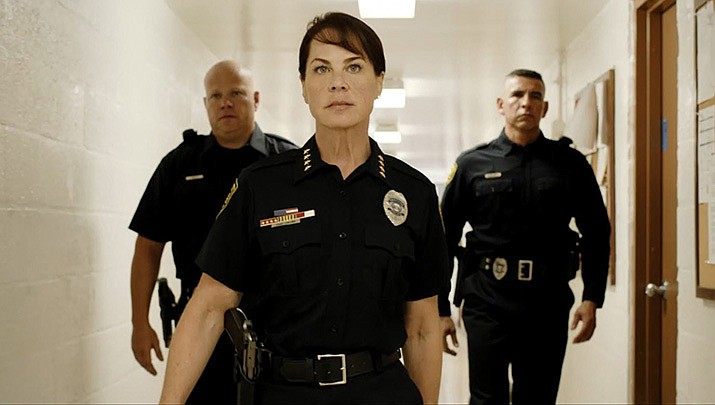 A Zoom chat with the filmmakers of the new feature film “SPIKED” will be held at 3 p.m. on Saturday, May 1. (Image from film)

A conversation with the filmmakers of the new feature film “SPIKED” will take place on Saturday, May 1.

Michael Toubassi of Tucson Film & Music Festival, in association with Film Tucson, presents a free online conversation at 3 p.m. with writer/director Juan Martinez Vera, producer Per Melita and actress Danay García about the making of “SPIKED,” which was shot entirely in Tucson and southern Arizona.

Viewers of this Zoom chat will learn how “SPIKED” came together, the true story that inspired the plot, and why Tucson became the cinematic backdrop for this thrilling feature. Visit this link to register for the event: https://us02web.zoom.us/webinar/register/WN_PIsUefL6RTCaP_RzzNbocg.

“SPIKED” – starring Aidan Quinn (Weeds, Legends of the Fall) and García (Prison Break, Fear the Walking Dead) – is an absorbing tale of a newspaper publisher standing up for the rights of the disenfranchised while battling a mysterious ailment threatening to derail his efforts.

Launched in 2005, the Tucson Film & Music Festival (TFMF) celebrates the past, present and future of the Tucson, Arizona, music and filmmaking scene. TFMF’s focus is on music-related content, as well as films and filmmakers with a connection to Arizona or the Southwest. The festival accepts documentaries, narrative features, shorts and music videos.

Film Tucson, a division of Visit Tucson, markets Tucson, southern Arizona, and northern Mexico as a film location for commercials, TV series and feature films for the economic impact they bring to our region.