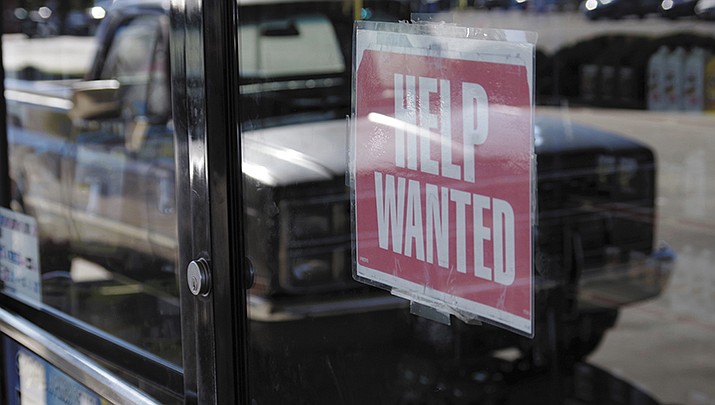 The outcome of a legal fight between Flagstaff and state lawmakers could affect the decision by residents of other cities whether they want to impose their own minimum wage. (Adobe photo)

PHOENIX – The outcome of a legal fight between Flagstaff and state lawmakers could affect the decision by residents of other cities whether they want to impose their own minimum wage.

Attorney Roopali Desai who represents the city wants a judge to void a provision in the new state budget assessing the city more than $1.1 million. That is supposed to represent the additional costs borne by the state between the current $12.15 an hour in Arizona law and the higher figure approved by Flagstaff voters in 2016, currently set at $15.

She noted the Flagstaff ordinance specifically exempts state employees. And Desai said some of the other claims of higher costs, like from Coconino Community College, really are not obligations of the state.

But the heart of her claim is that the provision itself is unconstitutional.

Desai pointed out that both the original 2006 statewide initiative that first established a state minimum wage and a 2016 revision that increased the numbers specifically allow local communities to establish their own wage laws. The only requirement is that the figure be at least as much as what the state requires.

She contends the law requiring the reimbursement runs afoul of the Voter Protection Act, a constitutional provision which bars the Legislature from repealing or altering anything approved at the ballot box.

The only exception is when a legislative act "furthers the purpose” of what voters approved, something Desai said this does not do. And even if it did, she said it would still require a three-fourths vote of both the House and Senate, which this measure did not get.

The state is fighting the measure, with an emergency hearing set for later this month before Judge James Smith.

Katie Conner, spokeswoman for Attorney General Mark Brnovich, said he is defending the law because it will "protect taxpayers from having to absorb the costs associated with a city or town's decision to raise the minimum wage.”

Central to the fight is a provision that first appeared in the 2019-2020 budget. It allows the Legislature to allocate – and the state Department of Administration to assess – the amount to reimburse the state for any costs from having a higher minimum wage than state law.

There is not any direct cost to the state. The Flagstaff ordinance – like one going to voters in Tucson later this year – does not apply to state employees. That also includes those working in the university system.

But the argument is there are indirect effects, like the Department of Economic Security having to pay more to providers of services for the developmentally disabled. Those private companies have to pay their Flagstaff employees that city's minimum wage rather than the lower state figure.

It was not until this year, however, that legislators actually put verbiage into the budget demanding that these communities pay an actual assessment.

Actually, there's only one community at issue: Flagstaff. And based on figures from gubernatorial and legislative budget staffers, that figure was set at $1,110,992.

The law also says if the city doesn't pay up by the end of the calendar year, the state treasurer must deduct that amount from its revenue sharing. With Flagstaff fighting the assessment, Desai wants to prevent the money from being withheld.

That figure, she said, amounts to about 13% of the city's state shared sales tax.

"The assessment and resulting loss of revenues will likely disrupt the city's operations, cause the city to reduce its services, and create delays in the city's infrastructure and capital replacement,” Desai is telling the judge.

She said the city council already was forced to account for the loss of the dollars in planning expenditures. And the results, Desai said, are tangible.

For example, she said the city does not have the money to replace its aging body cameras for police officers. It also lacks funding for overtime pay for public safety employees as well as to upgrade its computer systems and cyber security measures.

And then there's the $1.4 million the city had planned to replace its ladder truck, the only one in the region.

In seeking to block the budget maneuver, Desai pointed out that this isn't the first time lawmakers have tried to get around what voters approved.

The first came in 2013 with legislation which sought to say that local governments had no power to set their own minimum wage.

When challengers filed suit, the attorney general did not defend the law, instead agreeing that the measure is invalid.

Lawmakers were back in 2016 with a new measure, this one leaving intact the ability of cities to set their own minimum wages but seeking to bar them from setting standards for paid and unpaid leave, meal breaks and rest periods. That case went to trial, with the state Court of Appeals saying that the voter approved initiative specifically lets local governments establish not just wages but other benefits.

That led to this 2019 law about local reimbursement – and the new effort to assess Flagstaff for the costs the state says it is incurring.