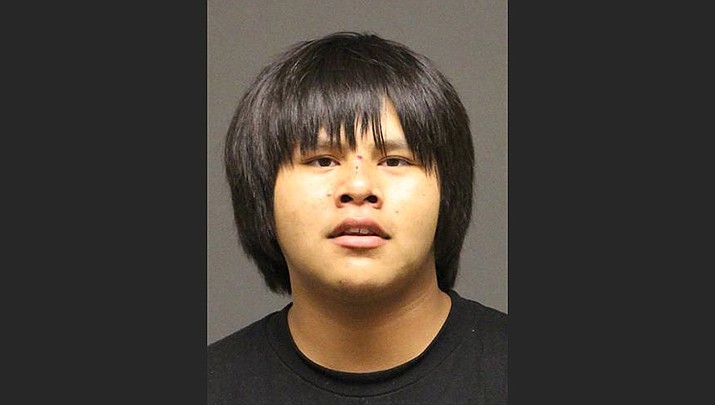 KINGMAN – Larry Lannell Yazzie III, 19, of the Kingman area, is accused of fighting with an officer who was trying to take him into custody on a probation violation warrant on Wednesday, Aug. 11.

The Kingman Police Department wrote in a news release that an officer observed Yazzie, who was known to have a valid felony warrant for his arrest out of the U.S. Marshals Service for felony probation violation, in the driveway of a motel in the 400 block of W. Beale Street.

While being detained, Yazzie reportedly resisted and actively fought with the officer. The officer took Yazzie into custody after deploying a Taser. Yazzie, who was not seriously injured, was booked into the Mohave County jail on suspicion of felony aggravated assault of a police officer, and the warrant.