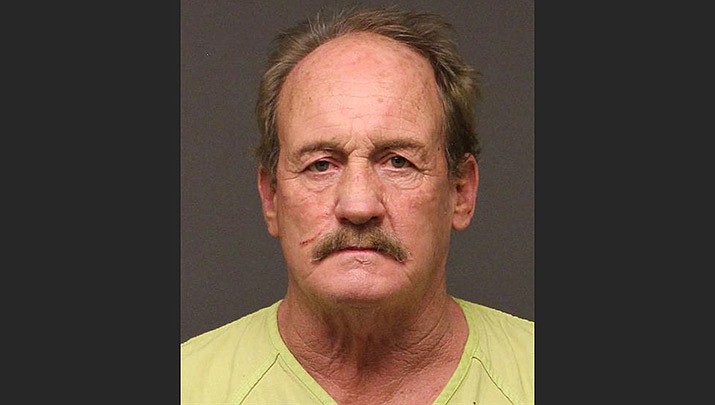 KINGMAN – The Kingman Police Department reports that Jon Nels Sandvold, 64, of Kingman, has admitted involvement in the shooting death of his stepson, Samuel Joseph Robinson, 39, of Kingman.

KPD wrote in a news release that officers responded to 911 calls regarding a disturbance at a residence in the 2000 block of Pacific Avenue in Kingman at approximately 5:20 p.m. Saturday, Aug. 14. Multiple gunshots were reported.

Sandvold is reported to have called 911 and stated that he had just shot his stepson. Officers arrived and found Sandvold standing in the front yard with his arms in the air, and he was taken into custody without incident, according to law enforcement.

Robinson was located in a nearby parked vehicle with multiple gunshot wounds to his body. He was transported to Kingman Regional Medical Center where he was pronounced deceased.

Investigators reportedly determined that Sandvold lived at the residence with his 61-year-old wife, Robinson’s mother. At some point a confrontation occurred between the two men which resulted in Sandvold arming himself with a handgun, according to KPD. At that time, Robinson had gotten into the passenger’s seat of a truck, with his mother in the driver’s seat.

KPD reports that Sandvold, then armed with a handgun, fired numerous times into the vehicle, shooting Robinson multiple times. Robinson’s mother was not shot but had minor abrasive injuries from flying debris.

Investigators believe the incident is the result of an ongoing contention between Sandvold and Robinson. The investigation continues.