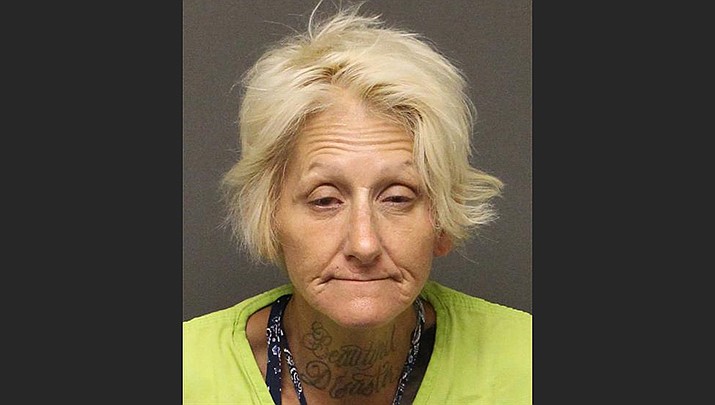 KINGMAN – Frances Cassandra Maria-Eckman, 60, of Golden Valley, was arrested by the Mohave County Sheriff’s Office on Aug. 13 after law enforcement reportedly located more than 27 grams of methamphetamine in her purse.

MCSO wrote in a news release that deputies observed a truck driving in the area of Arizona Route 95 and Aztec.

A records check of the vehicle reportedly revealed expired registration, and a traffic stop was conducted.

Deputies made contact with the driver, identified as Maria-Eckman, who advised that her license was suspended. According to law enforcement, she also failed to provide proof of insurance for the vehicle. A search of the vehicle was conducted and deputies reportedly located a purse inside containing identification belonging to Maria-Eckman, as well as a baggie containing 27.6 grams of methamphetamine.

She was booked into the Mohave County jail.