Arizona rancher went to the big city, returned to the life he loves 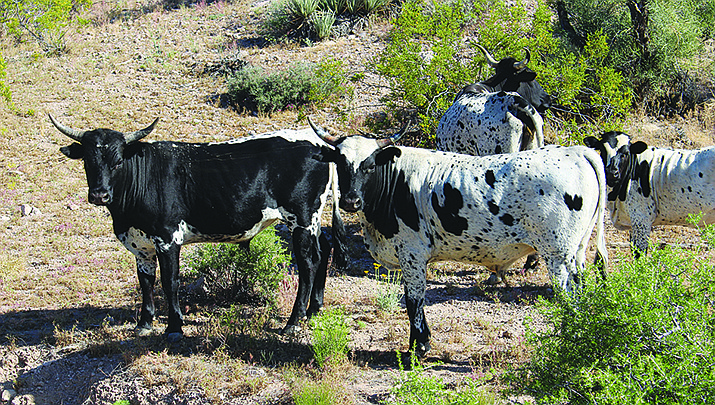 BISBEE (AP) – While he left his family’s sprawling ranch for several years to attend college and work in Phoenix, John Ladd always knew where his heart was.

It was back on the property that his mother’s family homesteaded in 1895 just outside Bisbee right off State Route 92.

“I never had any doubt that I would end up on the ranch,” the 66-year-old Ladd told the Herald/Review recently.

The Ladd Ranch is a massive spread and a working beef cattle ranch that started out as a dairy farm. But in the 1920s when larger dairy companies began easing out smaller dairy farmers like Ladd’s maternal grandparents, the ranch turned to raising cattle for beef consumption.

Ladd’s father Jack, who is 95, still lives on the property with the younger Ladd and the latter’s wife, JoBeth.

In the recent interview, Ladd sat at his dining room table talking about ranching and some of the challenges he has faced over the last few decades.

Ladd, who looks every bit the cowboy with faded blue jeans, western shirt and boots, explained that his mother’s family came to Bisbee from Blue Springs, Missouri, in 1894. He said his great grandparents had seven children, but the only one who stayed on the ranch and worked it was his maternal grandmother.

When Ladd’s mother was born at the ranch in 1929, the property already had been converted from a dairy farm to a cattle ranch. He said his parents were married in 1952 and his father, Jack, who worked for Phelps-Dodge, moved to the ranch.

In the 1970s, Ladd’s father purchased the ranch from his mother’s family and the ranch was named The Ladd Ranch.

“My dad retired from Phelps-Dodge in 1992 and then he became a full-time rancher,” Ladd said.

He married JoBeth, his college sweetheart, in 1977 and they lived in Phoenix where Ladd worked in construction.

The couple had three sons and they’d visit the Ladd Ranch every weekend and on holidays.

But life in Phoenix began getting old for Ladd. “Living in Phoenix, I got to the point where I said, ‘I hate this,’ “ he said. “We would come to the ranch on the weekends and I didn’t want to go back to Phoenix.”

Ladd said there are a few buildings in Phoenix that he can point to and say, “I worked on that.”

But nothing brings him more satisfaction than the work he and his family have accomplished at The Ladd Ranch.

“We have done a lot of conservation work, we have developed a herd, we have a real good breeding program,” he said. “When you start seeing your vision, when you see it happening — whether it’s fatter cattle, more grass or taking care of erosion – well, you can see that.

“I have far more satisfaction looking at that.”

Like other ranchers in the area, Ladd chuckled when he described his daily routine, mentioning that “there is no typical day on a ranch.”

But the last 30 years have presented challenges that have left some wrinkles in this otherwise tough, but idyllic landscape.

“Environmentalists hate any kind of improvements if there’s a cow associated with it,” he said. “Anytime you have livestock, they (SPRNCA officials) think you endanger plants and animals. Any water you try to develop they say, ‘Well that’s not going to go into the river. ’ “

He said filling out applications with SPRNCA for any improvements he wants to undertake on his property now take up to two years for any reply or approval from the federal government.

That’s been the toughest thing in my lifetime, dealing with bureaucrats,” he said.

Undocumented migrants traipsing through his ranch, however, have also become a serious concern because of obvious safety reasons and because the intrusion has affected his cows.

“Right now, the Border Patrol is catching about 50 migrants a day between here and the river,” Ladd says. “The problem with that is that people coming through makes the cows move. It scares them. It makes them wild when they see people.”

Ladd said the Border Patrol running around on the ranch also have frightened the livestock. The cows have become stressed and have lost weight.

“We always prided ourselves on having real gentle cattle but that’s kind of out the door now,” he said. “I commend the Border Patrol, but they’re just as bad. They’re driving through, they’re on foot. It’s around the clock now. They’ve caught half a million people in this area (over the years.)

“That’s the hard part,” Ladd says, shaking his head. “The way the cattle respond. They don’t gain weight. It makes them wild.”

The one good thing about continuing life on the ranch, despite the roadblocks, Ladd says, is that his sons have expressed a desire to take over once he gets too old or too tired. “The generation of the 1940s, a lot of them didn’t want to put up with the ranching work, so they sold the ranches. My sons want take this over.”