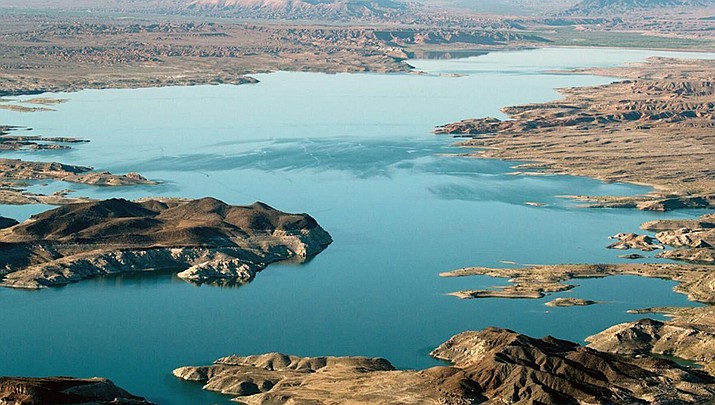 A shortage has been declared by the federal Bureau of Reclamation for the Lower Colorado River for the first time. (File photo)

KINGMAN – Water is often a contentious issue in the drought-stricken Southwest, but with the first water shortage declared on the Lower Colorado River in August, Lake Havasu City Mayor Cal Sheehy has reached out to other rural areas of Arizona in an effort to set aside differences and find some common ground.

Sheehy said he started the Rural Water Coalition over the summer, and the informal group has held a three video conference calls during that time. He said the coalition is largely unstructured. There is no attendance taken, and no formal motions or votes made. But he said elected leaders from about 25 communities in Arizona – mostly mayors and county supervisors – have had some productive conversations over the last few months.

“When it comes to water, a lot of people just want to stand firm on whatever is best for their community, which I commend, and we do the same,” Sheehy said. “But that was preventing us from having conversations about water in areas of mutual concern and about things we could agree on. So yes, stand firm on what is important to your community, but let’s shake it through and see what there is that we can all agree on. We can agree on water conservation, and we can agree at looking at different types of legislation so we can manage groundwater. It is those types of conversations that we are unable to have if we all stand firm.”

Sheehy said the coalition has found common ground when discussing various strategies for water conservation that have touched on agriculture, residential and family-water use, and how infrastructure impacts water consumption. He said the coalition has also had productive conversations about the possibility of “Rural Management Areas,” and what those could look like in Arizona.

“I thought by building relationships and talking through things with people we would be able to maybe make some progress in those areas,” Sheehy said. “Lake Havasu City has been a leader on water conservation through the decades.”

In each of the last two legislative sessions, District 5 State Rep. Regina Cobb (R-Kingman) has introduced legislation to create a Rural Management Area tool that would allow the creation of a local advisory council to manage certain local water supplies that are in danger. Cobb’s water bills have failed in each of the past two years because they were not heard in committee prior to the state’s deadlines.

Sheehy said the Rural Water Coalition could be helpful to legislators like Cobb in crafting various water-related policies like the rural management area, and in getting the support needed to turn the water bills into laws.

“At this point we are mobilized where we can have those conversations in quick fashion, to support legislation that various communities can agree on,” he said. “For generations to come this will be top-of-mind awareness. We will have those coalitions built so we can move forward, where appropriate, for different measures to protect our resources.”