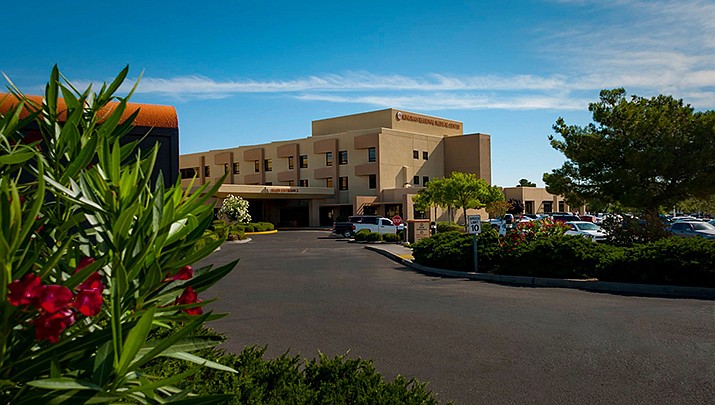 Physicians from Kingman Regional Medical Center on Monday, Dec. 6 provided the Mohave County Board of Supervisors with an overview of early treatment therapies for COVID-19, which included an explanation for why ivermectin is not being prescribed by the hospital. (Miner file photo)

KINGMAN – Physicians from Kingman Regional Medical Center on Monday, Dec. 6 provided the Mohave County Board of Supervisors with an overview of early treatment therapies for COVID-19, which included an explanation for why ivermectin is not being prescribed by the hospital.

He categorized those therapies into three groups; those that have received emergency use authorization from the Food and Drug Administration, those that are currently investigational or experimental drugs; and therapies that have been invalidated.

Falling into the first group are monoclonal outpatient infusions such as bamlanivimab and etesevimab, casirivimab and imdevimab.

“So this also includes new drugs that are being evaluated by the FDA, and these are your oral anti-viral pills like molnupiravir,” Santarelli explained.

The second grouping – therapies that are currently investigational or experimental – include fluvoxamine, a serotonin reuptake inhibitor, as well as ivermectin, an anti-parasitic. Santarelli said therapies that have been invalidated include COVID-19 convalescent plasma and hydroxychloroquine.

“Medical providers throughout Mohave County are making decisions on what to offer based upon the best available evidence, whether it supports or refutes the use of a certain medication,” Santarelli said.

In citing data from the New England Journal of Medicine and the American Journal of Emergency Medicine, Santarelli said patients who utilized the monoclonal therapies bamlanivimab and etesevimab are seeing results.

“They received their FDA approval based on a few critical data points, first and foremost, that seven days following infusion among sick patients, individuals given this drug showed a reduction in their viral load, which means they had less virus circulating throughout their body,” Santarelli said.

He added that the study was quickly followed by a report that showed a more rapid reduction in symptom severity from six days to three days in patients who took the drug.

“This all culminated in a reduction of those requiring hospitalization or expiring from around 6% to just under 2% in patient populations,” Santarelli said. “KRMC independently replicated this data and we found a more modest effect, but patients given these monoclonal outpatient therapies, particularly bamlanivimab, showed a reduction in representations to the hospital due to worsening symptoms from 6.3% to 4.4%.”

He added that the number of people coming back to the hospital because they were getting sicker decreased by 10.9% through use of the drug. Regeneron monoclonal therapies were next to receive FDA authorization due to a reduced viral load in patients seven days following infusion.

“We then began to administer this and are still administering this, with a slightly improved outcome from the bamlanivimab monoclonal, with a reduction of patients needing hospitalizations after this infusion down to 4.3%,” Santarelli continued.

KRMC has chosen the Regeneron monoclonal therapies as its primary outpatient management for COVID-19. Oral anti-viral pills are not currently being administered by KRMC, but hospital staff are monitoring the data. Fluvoxamine is still investigational and experimental for treatment of COVID-19, but Santarelli said the data is promising.

“Patients receiving this drug may experience a reduction in lung tissue damage from COVID-19,” he said. “Furthermore, administration of fluvoxamine has been associated with a reduction in patient-sought care for worsening symptoms, as well as a potential reduction in death, granted less than the monoclonal therapies, with a reduction from 2% in placebo groups to 1% in patients given this SSRI (selective serotonin reuptake inhibitors).”

“Unfortunately, this appears to be less promising than fluvoxamine with no difference detectable in time-to-symptom resolution among patients administered this drug versus a placebo,” Santarelli said. “Moreover, patients given ivermectin were more likely to come back to the hospital due to worsening symptoms, and the administration of this drug was associated with a three-fold increase in severe side-effects.”

He said while some data supports the use of ivermectin, the increase in severe side effects and associated required hospitalizations “requires a greater degree of evidence for its efficacy or its utility in use than is currently available, and is not being offered through KRMC.”

Dawson explained that in order to be prescribed investigative drugs for COVID-19, one must be over the age of 65 with a COVID-positive test, under 10 days sick, not hospitalized and not on extra oxygen.

“So if I go to KRMC and I am basically dying and I want ivermectin or my family wants to try ivermectin, you wouldn’t give it to them,” asked Supervisor Hildy Angius of District 2.

Dawson said he would not administer ivermectin to his family members.

“There are arguments still both directions for it. The initial evidence we were excited about regarding it, in fact, much of that has been disproven. Having said that, still, there’s a lot of excitement about it,” Dawson said.

“Really as time’s gone on, nothing has shown absolute benefit in really any patient population, let alone the inpatient setting,” Dietrich added, saying the hospital is pushing those therapies that have the best evidence behind them.

Angius also asked about COVID-19 being listed as the cause of death, which Dietrich said is determined by the attending physician. Angius asked if she had COVID two years ago but dies now, would she be listed as a previously-confirmed case.

“Absolutely not,” Dawson said. “I, like you, saw the news early on as everything was a COVID death, everything that could be called COVID was called COVID. We agree with you that that’s just silly. The reality is there’s a little more to it than that.”

Supervisor Jean Bishop of District 4 inquired as to the mental health impacts of COVID-19 on older patients on oxygen with little hope of recovery.

“Individuals in our community here are suffering from really high rates of stress, suppression and suicidal ideation,” Santarelli said. “Though we have no evidence that they’re spiking, it is of major concern. Getting back out and being able to reintegrate with your peers and community members is really the best way to combat that.”

For more information on COVID-19 treatments, go to https://www.azkrmc.com/.