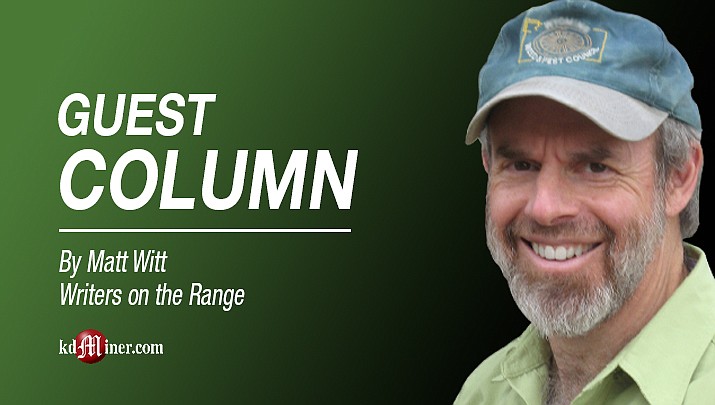 If you know someone is a Republican or Democrat, then you might assume you know exactly where they stand on whether local jails need to be expanded.

But if recent experience in the rural, southwest Oregon county where I live is any guide, it’s not that simple.

Republicans win every county commissioner election, and last year, those commissioners asked voters to authorize a new jail with three times the capacity of the old one. The local newspaper came out in favor, publishing a three-part series and a positive editorial as well.

But voters in this “red” county said “no” by nearly 3-to-1. How did this happen?

It happened because a broad-based community group of volunteers convinced voters that lockups weren’t the only answer. The group did intensive public outreach, pointing out that a large percentage of what was considered local crime involved mental illness, addiction, homelessness and poverty – all underlying issues that a larger jail couldn’t help.

A study they cited by the independent Vera Institute of Justice examined the experience of 77 counties and found that “larger jails often become overcrowded again because expansion fails to address the root causes  of an increased (jail) population.”

The coalition even brought in police to make their case. They hosted forums, inviting law enforcement leaders from other counties to talk about how they reduced jail bookings instead of expanding jails. In many cases, they said, mental health professionals or social service workers were more effective and less costly than sending in police.

“Less than 3% of calls the crisis teams respond to result in arrests,” Larson said, and the county has reduced annual jail bookings by 20-25%.

A similar program in Lane County, Oregon, responds to 24,000 calls per year involving dispute resolution, medical crises, mental illness, substance abuse or homelessness. The program saves $15.5 million a year by handling calls that would otherwise go to the police. This reduces arrests and diverts patients from emergency rooms, according to program coordinator Tim Black.

The Real Solutions coalition also pointed out that crisis intervention alternatives are supported by a national group called Right on Crime, which was founded by well-known conservatives such as Newt Gingrich, Grover Norquist and Mike Huckabee.

“Research shows that, especially in regards to low-risk defendants, even brief jail stays can increase the chance of committing another crime in the future,” Right on Crime reports.

“When someone who has mental health issues is locked up pretrial it can compound their situation,” Right on Crime adds. “The same can be said for people who display signs of substance abuse.”

While crisis response programs save money once operating, many communities need seed money and technical assistance to get started. Federal grants totaling $15 million have been awarded to 20 states, including California, Colorado, Montana, New Mexico, Nevada, Oregon and Utah, to help local jurisdictions plan such programs.

Meanwhile, the Oregon legislature this year set an example by appropriating $10 million to expand local mobile-crisis programs throughout the state.

In the county where I live, the county commissioners have been silent on this subject since their proposal was soundly defeated. But the voters’ decision has prompted discussions among public agencies, nonprofits, and community advocates about establishing a crisis intervention system.

“With continued population growth and with new fiscal challenges as a result of COVID-19, it will be particularly important to find cost-effective alternatives to continually building bigger jails,” wrote four city council members from local communities in Jackson County after voters turned down jail expansion. “We hope Jackson County officials have learned those lessons, too, and we look forward to working with them on constructive and practical alternatives.”

That would be an example, increasingly rare these days, of a community finding a solution that everyone – no matter their political leanings – can support.

(Matt Witt is a contributor to Writers on the Range, writersontherange.org, a nonprofit dedicated to spurring lively conversation in the West. He is a writer and photographer in Talent, Oregon.)