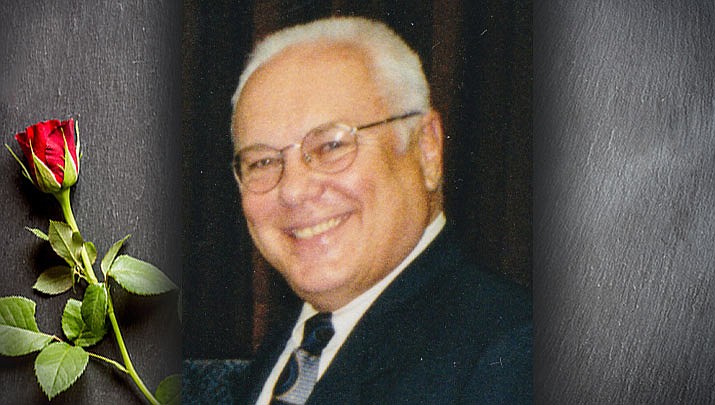 Wallace “Wally” Lee Van Dusen, 81, fell asleep in death on Jan. 12, 2021 in Kingman, Arizona. He was born in Omaha, Nebraska on Feb. 23, 1939 to Wallace Lester and Vaud Lee Van Dusen. His younger brother, Larry Jon, lived for a short time during 1944-1945. He was also preceded in death by his parents, Wallace and Vaud, and his in-laws, Emmanuel “Duke” and Helen Woomer.

When Wally was 6, their family moved to El Monte, California. He was raised on a chicken ranch where he learned his hard work ethic. He graduated from Rosemead High School in 1956, then attended Pasadena City College and got an AA in Engineering. In 1960, he went on to receive a BS in Industrial Management from California State University in Los Angeles. He spent two summers during college working for Jet Propulsion Laboratory (JPL) in Pasadena, California which designed and operated Ranger and Surveyor missions to the Moon that prepared the way for the Apollo missions. Wally was fascinated with the universe and space travel. He enjoyed visiting various planetariums and watching NASA programs. In 1984, he received an MBA in Business Management from Golden Gate University in San Francisco.

Wally learned about his Creator, Jehovah God, when his parents were working in a field in California and one of Jehovah’s Witnesses walked out to share with them the good news found in the Bible. The hope of seeing their infant son living again in a paradise earth touched their hearts. Wally and his parents were baptized as Jehovah’s Witnesses on Dec. 11, 1954 in Temple City, California. He loved discussing spiritual matters and presenting Bible discourses.

Wally met the love of his life, Linda, in 1957 at a wedding of their friends. They were married on June 20, 1959 in San Fernando, California and started their family of four children. The three oldest- Wendy, Lori and Wallace were born in San Gabriel. In 1965, Wally was hired by IBM in Boulder, Colorado. After they moved there, their youngest son, Lloyd, was born. Wally and Linda missed California, so he transferred with IBM to San Jose, California in 1968. In 1981, Wally received an Outstanding Achievement Award for a unique process cost estimating program while with IBM. In 1987, he did a faculty loan to teach computer science, business and accounting at Grambling State University in Louisiana for one year. Thereafter, they went back to San Jose and in 1993 he retired from IBM. That year, they moved to New Mexico. Wally continued to teach at the University of New Mexico and Technical Vocational Institute in Albuquerque. They moved to Kingman in 2001, and he taught at four campuses of Mohave Community College.

Wally was a hard worker but also enjoyed time with his family. They went on many camping trips to Big Basin and skiing trips to Lake Tahoe. He loved visiting museums; a highlight was seeing the Dead Sea Scrolls in San Francisco. He enjoyed traveling, visiting different places and seeing the sights. Always a great organizer, he planned these trips in great detail.

Wally had strong faith in Jehovah God’s promise of a paradise earth when people earth wide would live forever and death and pain would be no more. (Rev, 21:3, 4) He had a firm conviction that those who have died would be resurrected and that he would see his dead loved ones again. (John 5:28, 29) He shared this hope with his family, friends and those in the community wherever they lived.

Service details: A memorial discourse will be held on Zoom on Saturday, Feb. 6, 2021 at noon MST.