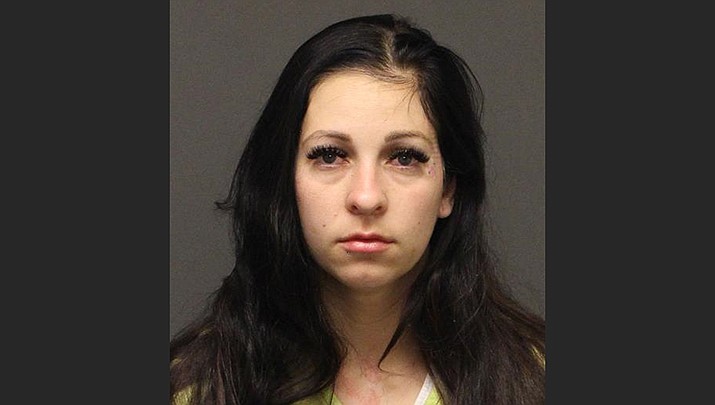 KINGMAN – Kayla Denice Blocker, 30, of Kingman, was arrested by the Kingman Police Department on Thursday, Feb. 4 after reportedly admitting to stabbing her boyfriend during an argument.

KPD wrote in a news release that officers were called to a residence in the 2500 block of Chambers Avenue at approximately 2:30 a.m. in reference to a reported stabbing.

Officers contacted with Blocker, who reportedly stated that she had stabbed her boyfriend during an argument. Officers observed blood on the floor and walls of the home.

The boyfriend, who left prior to police arriving, was not located. KPD wrote that investigators obtained information and evidence that confirmed Blocker’s statements, and showed that the boyfriend’s injury was not life threatening.

Blocker was arrested on suspicion of felony aggravated assault by domestic violence, and booked into the Mohave County Adult Detention Facility.