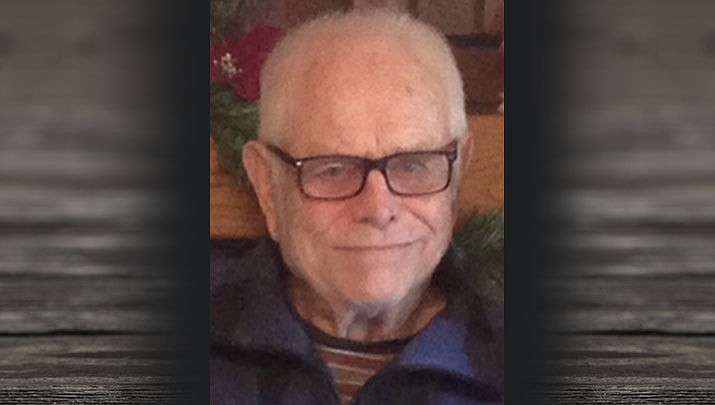 Pete was born Sept. 22, 1931 in Porterville, California, the third of four children born to Virgil and Mary Tomiello. He graduated from Porterville High School while supporting his wife, Leona, and she helped complete homework while he worked. The teens successfully maintained their home and earned their diplomas.

Pete raised a family working as a produce manager and driving bakery delivery trucks throughout the Bay Area of California, going to work in the early morning hours and commuting long distances. Although he was behind the wheel much of his life, he often shared he had never received a ticket. The family moved to San Lorenzo in 1957 and to Fremont in 1964. They had three children. In 1974, he married Ethel Garcia, gaining three more daughters.

Pete’s next move was to Bethal Island in the San Joaquin Delta where he and Ethel owned and operated Greg’s Harbor. In 2001, they relocated to Ethel’s hometown, Kingman, Arizona. Both enjoyed living on the ranch and appreciated the beauty in and around the rolling hills of their home.

His son, daughters and grandchildren share fond memories of Pete teaching them to fish, ski and maneuver boats in the San Francisco Bay and at the Delta. Fishing was his passion. Once he moved to Kingman, building the ranch became his dream. He had a strong devotion to the Blessed Virgin Mary.

Attending Sunday Mass was his main priority the last several years of his life. He often voiced how proud he was of his children and grandchildren, how much he loved them, and shared his love of Jesus Christ.

Graveside services will be held at Mountain View Cemetery in Kingman on Feb. 8, 2021 at 1 p.m. Viewing is at 9 a.m. at Mohave Memorial Funeral Home. Mass is 11 a.m. at St. Mary’s Roman Catholic Church.