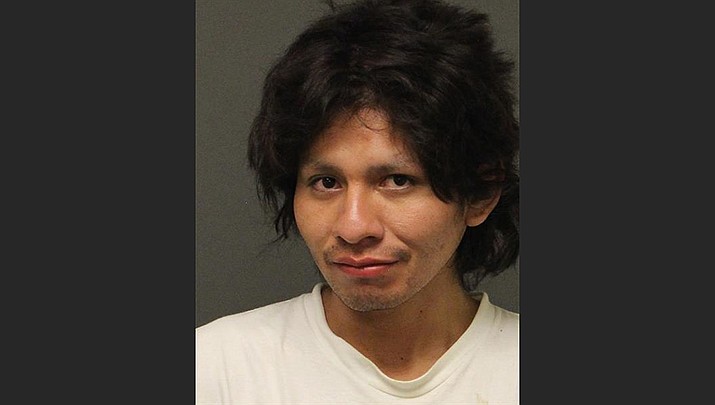 KINGMAN – Wade N. Crosby, 28, of the Kingman area, was arrested by the Kingman Police Department after reportedly shoplifting and throwing beer at store employees and a police officer on Monday, Feb. 8.

KPD wrote in a news release that officers responded at approximately 11:20 a.m. to a convenience store in the 3200 block of E. Andy Devine Avenue regarding a disorderly shoplifter throwing beer at store employees. An officer arrived and contacted the suspect, identified as Crosby.

While the officer was attempting to detain Crosby, Crosby allegedly threw an open can of stolen beer at the officer, who was treated for minor injuries before returning to work. While being taken into custody, he also reportedly bit the officer’s hand. It was also learned that Crosby had a warrant for his arrest from New Mexico.

Crosby was arrested on suspicion of felony aggravated assault of an officer and misdemeanor charges of shoplifting and disorderly conduct, as well as a fugitive from justice hold. He was booked into the Mohave County Adult Detention Facility and is awaiting extradition proceedings.