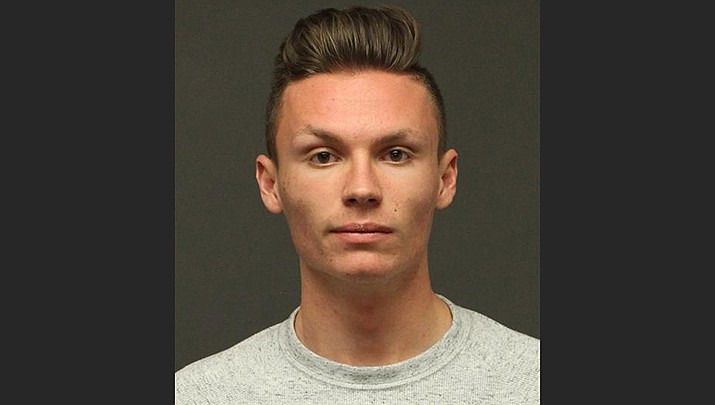 KINGMAN – Robert B. Gluschenko II, 19, of Kingman, was arrested by the Kingman Police Department after reportedly fleeing from officers at speeds exceeding 100 mph on Sunday, Feb. 7.

KPD wrote in a news release that at about 10:25 p.m. officers attempted to stop a BMW sedan in the 1300 block of Stockton Hill Road for excessive speed. The vehicle reportedly fled from officers, at times exceeding speeds of 100 mph, traveling in opposing lanes of traffic into the path of oncoming cars, failing to stop at red lights and “blacking out” its lights before eluding officers.

Those actions, according to KPD, occurred along Stockton Hill Road, Airway Avenue and into a neighborhood in the area of the 2100 block of Apache Street. The vehicle was found unoccupied at a home on Apache Street.

Officers reportedly observed the driver, identified as Gluschenko, to be a passenger in a different vehicle leaving a nearby home. KPD wrote that further investigation revealed that the driver of the vehicle had been a passenger in Gluschenko’s vehicle earlier.

Gluschenko was arrested on suspicion of felony unlawful flight from law enforcement and endangerment, and booked into the Mohave County Adult Detention Facility. The BMW was impounded.