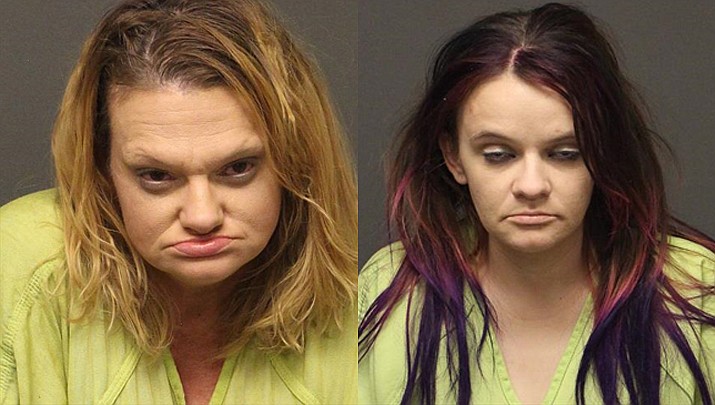 KINGMAN – Christie M. Fortner, 37, and Crystal A. Black, 31, both of Kingman, were arrested by the Kingman Police Department on Saturday, Feb. 6 after allegedly shoplifting from a store in the 3300 block of Stockton Hill Road.

At approximately 6:50 p.m., officers responded to the store regarding two adult female shoplifting suspects. When officers arrived, one of the suspects was reported to have ran from the store, leaving in a vehicle, while the other was still in the store.

Officers located and stopped the vehicle and found Fortner to be the driver and sole occupant. Black was detained in the store.

According to KPD, the investigation determined that both appeared to be involved with “under scanning” merchandise while using the self-checkout registers. Fortner was reportedly found to be in possession of methamphetamine, heroin, fentanyl pills and drug paraphernalia. KPD wrote she also had a warrant issued by the Mohave County Sheriff’s Office.

Black was allegedly found to be in possession of methamphetamine, heroin and drug paraphernalia. She had a felony arrest warrant for a parole violation issued by the Arizona Department of Corrections.