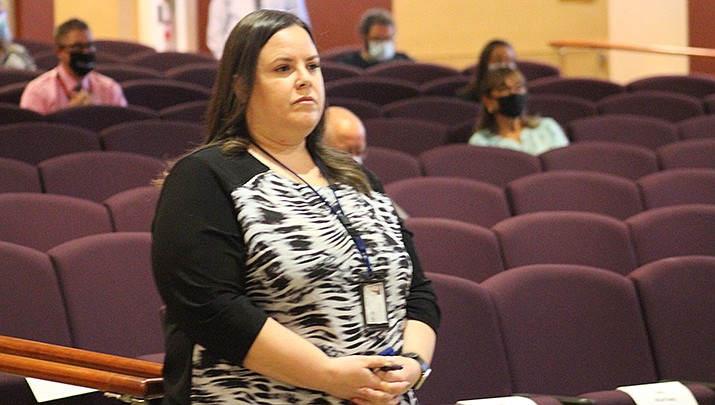 KINGMAN – The Mohave County Board of Supervisors will meet at 9:30 a.m., Tuesday, Feb. 16 at the county administration building, 700 W. Beale St. The meeting can be watched on the county’s YouTube channel.

The Procurement Department will ask to terminate a contract for 22 police patrol Chevrolet Tahoes with Findlay Automotive Group from Bullhead City ordered in 2020 for the Sheriff’s Office and the Probation Department. Findley notified the county they are experiencing a delay on the side of the manufacturer that is General Motors. GM is lacking microchips and would not be able to produce the vehicles before October.

In the context of those events, the county decided to buy 22 emergency-rigged police patrol Ford Expeditions from PFVT Motors, Inc., from Peoria and is asking the board for its blessing. The contract is worth $1.6 million and will be paid for from the county’s vehicle replacement fund.

A discussion about the post-2020 Census redistricting process will continue.

The county staff was instructed on Feb. 1 to start looking for an independent consultant to handle the matter. Constricted by time – the Census Data is scheduled to be released on April 30 – the staff will ask the board to go with the company contracted 10 years ago – Federal Compliance Consulting LLC from Maryland, at a cost not to exceed $99,900, which is $30,000 less than the 2011 contract, according to the memo.

The staff found that “the delays resulting from the competitive request-for-proposals process would negatively impact the normal redistricting progression. Based on this information, Procurement believes that this is a good candidate,” a memo in the meeting agenda noted.

The county will consider approving Emergency Voting Centers and Emergency Voting Procedures in the context of the March 9 Hackberry School District 3 Special Recall Election. The board is to prescribe the manner in which a qualified elector may request to vote when said elector experiences an emergency between 5 p.m. on the Friday preceding the election and 5 p.m. on the Monday preceding the election.

The Elections Department is also asking to purchase enough additional on demand ballot-marking devices to equip the current polling sites to be able to operate as vote centers, and the purchase of precinct ballot scanners.

“2021 is the right time for Mohave County elections to move forward by holding elections using vote centers verses the current precinct-based polling site model,” reads the memo attached to this item. “This can be accomplished by purchasing enough additional ballot-on-demand ballot-marking devices to allow any voter in Mohave County to receive and vote their correct ballot style at any Mohave County voting poll site.”

This proposal has no impact to the general fund.

The Mohave County Library District is seeking the board’s approval to receive $25,000 in state aid for e-rate assistance service, touch screens for children's computers, 12 kiosks, larger monitors for 24 teen computers; a large format, and a high-definition display TV to be used in the Community/Meeting Room at the Kingman Branch for such purposes as community presentations and video conferencing.

The county is moving forward with the construction of the new Mohave County Animal Shelter site on Burbank Street.

Public Works and Procurement staff have since been negotiating with utility providers to bring services to the proposed animal shelter site, including fiber optic service.

The plan is to hire Integrated Cable & Splicing from Prescott, the company that will be working in the same area with Kingman Regional Medical Center. The contract is expected not to exceed $80,000.

The supervisors will also receive an update on the county’s response to the COVID-19 pandemic from Mohave County Public Health Director Denise Burley.