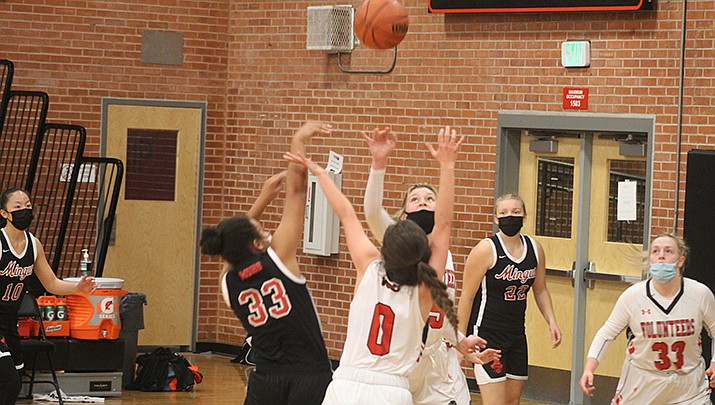 LAKE HAVASU CITY – It’s about as close to a shutout as you’re likely to see in a high school girls basketball game.

"We have always been a pressure defensive team and we spend most of our time at practice on defense. It is really starting to show," Lee Williams head coach Jerry Arave said.

Lake Havasu was held scoreless in the first and third quarters, and managed just two points in the first half as the Lady Volunteers built an insurmountable 27-2 lead. Senior Savannah Jimenez scored eight of her team-high 14 points in the second stanza.

The Volunteers improved to 5-2 with the win, while Lake Havasu slipped to 0-7.