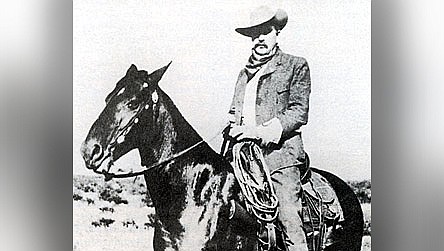 The Arizona Rangers, which assist law enforcement and other agencies, are always looking for recruits. Arizona Rangers Capt. Thomas H. Rynning, who served from 1902-07, is shown. (Photo by Arizona Rangers/Public domain)

Arizona Rangers were originally created by the Arizona Territorial Legislature in 1901 to deal with the outlaws and banditos in the sparsely populated Arizona Territory, mostly along the Mexican border.

According to historical records, the Arizona Rangers were an elite group of well-trained law enforcement personnel; originally a secretive agency mounted on quality horses and well-equipped with modern weapons at the state's expense.

The rangers rode their mighty steeds throughout the wild West’s portion of the Arizona Territory and were widely known as being extremely successful in apprehending members of outlaw bands.

Their support to the various law enforcement agencies includes, but is not limited to, missing children, parades, accidents, DUI task forces and wildfires. They also provide community service support to civilian agencies when requested.

According to Mohave Company 2nd Lt. Paul Gorham, “Capt. Leeming had a meeting with Mohave County Sheriff Doug Schuster and he told him the Arizona Rangers stand ready to assist his department with whatever is needed in the future.”

– be at least 21 years of age with no criminal history.

– have resided in Arizona for at least six months during the calendar year of applying.

– subscribe to the aims and objectives of the Arizona Rangers.

– be cleared for voting eligibility by completing the prescribed screening process.

– be accepted by a majority vote of the eligible Arizona Rangers in the company being joined, and additional qualifications that may be required during the recruitment and/or probationary periods.

The Mohave Company meets at 5:30 p.m. the second Tuesday of each month at Beale Celebrations in Kingman.