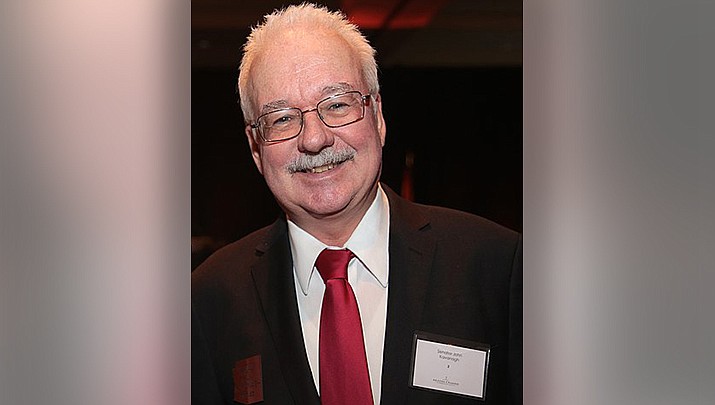 State Rep. John Kavanaugh (R-Fountain Hills) is sponsoring a bill to require that only eggs from cage-free hens be sold in Arizona by 2025. (Photo by Gage Skidmore, cc-by-sa-3.0, https://bit.ly/3rKy7x6)

PHOENIX – State lawmakers are moving to ensure that all eggs sold in Arizona come from cage-free hens.

But the 6-5 vote Monday by the House Committee on Land, Agriculture and Rural Affairs comes not necessarily because lawmakers want happier hens.

Nor is it because they believe that the current practice of cages of less than one square foot per hen is cruel.

Instead, it's because the owners of Hickman's Family Farms, the state's largest egg producer, figures that what's in HB 2525 is less onerous than an initiative that could get on the 2022 ballot. That measure being pushed by World Animal Protection not only requires cage-free systems by May 2023 but makes violation of that a crime.

Company president Glenn Hickman said he would rather have the legislation which gives him until 2025 to come into compliance, with no criminal penalties. Instead, HB 2525 simply says that after that date the only eggs available to Arizona consumers will have to come from cage-free hens, whether the eggs are laid here or elsewhere.

And company lobbyist Joe Siig said he has been assured by World Animal Protection that it will not pursue its initiative if this proposal is signed into law.

Hickman's support for the measure, which he said will cost him some indeterminate amount of money, was crucial to the measure getting out of the committee.

He has the only egg production facility in Arizona that will be affected, as the proposal by Rep. John Kavanagh, R-Fountain Hills, does not affect any operation that produces fewer than 3,000 eggs a year.

The whole issue comes down to what some people consider proper treatment of animals.

"Confining chickens to less than one square foot, I think, is really cruel,” Kavanagh told lawmakers.

"Granted they don't have very high levels of sentient awareness,” he said. "But they feel pain and they're prevented from engaging in natural and instinctive behaviors, even to the point of spreading their wings or being able to sit down when they lay their eggs.”

Kavanagh pointed out he's not mandating that all eggs come from free-range hens. That would also require that they have access to the outdoors at least part of the day.

Instead think of large barns – up to 300,000 square feet – where the hens can wander about. Hickman said it allows hens to "express their natural behaviors.”

"They can perch, they can use a nest box, they can scratch, dust bathe, all of those kinds of things,” he said.

And Hickman said while he still produces some eggs from cage-confined eggs, some of his clients already are moving away from that. He said that includes both Costco and McDonald's, both of which want cage-free eggs.

But Hickman said he'd rather do it on the schedule in HB 2525 than what the initiative requires. And he said this group has a 100% success rate in getting their measures approved.

There is reason for fear.

In 2006, animal rights groups convinced voters to approve an outright ban on "gestation crates” for calves and pigs in Arizona. Kavanagh said what emerged was probably more onerous than what might have been enacted had the state's producers come to the table and negotiated a deal.

None of that convinced Rep. Brenda Barton, R-Payson. She lashed out at out-of-state interests who use the initiative process "to change the hearts and minds of people who have no idea where their eggs come from and don't know the difference between different kinds of milk.”

Rep. David Cook, R-Globe, had his own take, saying that approving this under the threat of an initiative amounts to government being "held hostage by what I call a terrorist organization.”

All that still left some lawmakers with one question for Hickman: Are eggs from cage-free chickens of higher quality than those from their more-confined cousins? He said there's no simple answer.

"You feed the chickens the same,” Hickman said. It's like brown versus white eggs, with no real difference.

"But there are some studies that suggest that chickens who have less stress tend to have more natural defenses, immunities, if you will, and are therefore healthier,” he continued. "And that would translate potentially into maybe a different composition of egg.”