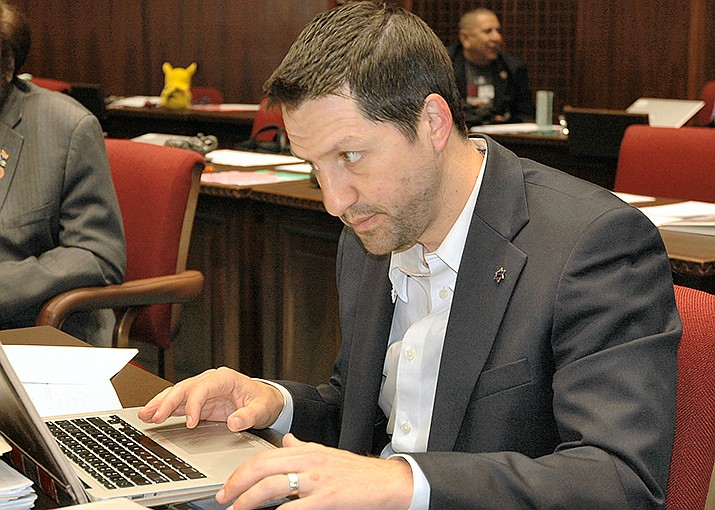 PHOENIX – The Arizona Senate on Monday narrowly approved a major expansion of the state's school voucher program, with all 16 Republicans backing the proposal over protests from minority Democrats who called the wide-ranging proposal a slap in the face of voters who rejected a slightly larger expansion just over two years ago.

The proposal from Glendale Republican Sen. Paul Boyer, SB1452, would make all children attending schools with a high percentage of low-income families or who qualify for free or reduced-price lunches eligible for the state’s voucher program. The program allows parents to take state funding and pay for religious or other private education and education costs.

If the Republican-controlled House also approves the measure and it is signed by GOP Gov. Doug Ducey, a school choice supporter, about 800,000 of Arizona's 1.1 million K-12 students would quality to use state money to attend private schools, up from about 256,000 currently. Despite the current eligibility, only about 9,700 children currently use state vouchers to pay for private or home schooling costs.

Boyer said his proposal is designed to help the parents of low-income students stuck in failing schools. The voucher program, which began in 2011 as a program for disabled students, has been greatly expanded over the years to cover many others, including children in low-performing schools or those living on Indian reservations.

Democrats said the proposal goes against the will of voters, who overwhelming rejected a universal voucher program in 2018, and against their repeated votes in recent years to boost public school funding by backing tax increases to fund higher teacher pay and overall school funding.

Quezada and other Democrats also said Boyer's proposal has several other flaws, including allowing parents to enroll their children in a qualifying school for just 30 days just to get a vouche and adding a new provision that lets parents whose children get vouchers to also take money from programs funded by donations that get a 100% tax credit. They also said an expanded voucher programs could further segregate schools.

“I am indeed fighting for those students who are stuck in failing schools, those low-income, high poverty, primarily minority students,” he said. “To say that this bill somehow promotes segregation is preposterous.”

Sen. Tyler Pace, a Republican who voted for the proposal, said he had concerns that high-income parents could take advantage of a program sold as benefiting the poor. He said he expected changes to address his concerns when the measure goes to the House.

Democrats also argued that the state has consistently allowed schools to be underfunded, especially low-income schools, and letting students leave rather than fixing the problem is the wrong way to go.

"Perhaps we could make a case for vouchers, if there were enough for everyone,” said Sen. Christine Marsh, a Democrat. “There’s not. There’s not enough funding for everyone.”

The 9,700 students currently getting Empowerment Scholarship Account vouchers cost the state about $145 million a year. More than half are disabled.

Parents get 90% of the state funds that normally go to their local public school to use for private school tuition and other education costs. Disabled students can receive up to $40,000 for specialized therapy..

Republican Sen. Warren Peterson noted that the voucher recipients actually save the state some money and do not get any federal or local funding, which makes up about half the funding for public schools.

“What if I said to you we could give our kids a fantastic education at about half the price of public – well this is your chance,” Peterson said. “There’s many options for your kids – we support all those options. Public schools, private schools, ESAs. Parents need to decide.”

The 2017 law repealed by voters in 2018 would have allowed all 1.1 million Arizona K-12 students to use the voucher program.

Save Our Schools Arizona, a grassroots group of teachers, parents and other public school backers that organized the 2018 repeal, was collecting signatures for a voter initiative early last year that would have limited program enrollment to 1% of the state’s 1.1 million schoolchildren and give disabled and existing enrollees priority. The pandemic forced backers to stop collecting signatures to qualify for the November’s ballot.

If new expansions pass, spokeswoman Dawn Penich-Thacker said early this month, her group may try again to get an initiative on the ballot.

“Our heart is still in running an initiative to stop all of this for good, and write it in such a way that it cancels out this bill and any others that they attempt,” she said.