'A complete bungle': Texas' energy pride goes out with cold 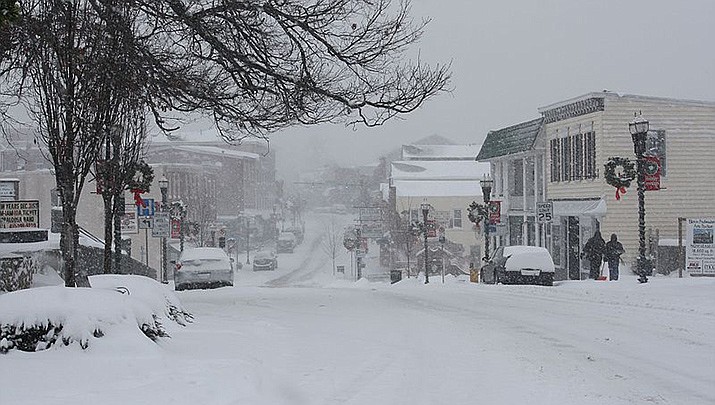 A record freeze and storm has caused the independent energy grid in Texas to fail. (Photo by Jay, cc-by-sa-2.0, https://bit.ly/3dlebwU)

AUSTIN, Texas - Anger over Texas' power grid failing in the face of a record winter freeze continued to mount Wednesday as millions of residents in the energy capital of the U.S. remained shivering with no assurances that their electricity and heat — out since Monday in many homes — would return soon or stay on once it finally does.

“I know people are angry and frustrated,” Houston Mayor Sylvester Turner said Tuesday. “So am I.”

In all, nearly 3 million customers in Texas still had no power Wednesday after historic snowfall and single-digit temperatures created a surge in demand for electricity to warm up homes unaccustomed to such extreme lows, buckling the state's power grid and causing widespread blackouts. A large swath of Texas was under yet another winter storm warning Wednesday.

Making matters worse: Expectations that the outages would be a shared sacrifice by the state's 30 million residents quickly gave way to a cold reality, as pockets in some of America's largest cities, including San Antonio, Dallas and Austin, were left to shoulder the lasting brunt of a catastrophic power failure, and in subfreezing conditions that Texas' grid operators had known was coming.

The breakdown sparked growing outrage and demands for answers over how Texas — whose Republican leaders as recently as last year taunted California over the Democratic-led state's rolling blackouts — failed such a massive test of a major point of state pride: energy independence. And it cut through politics, as fuming Texans took to social media to highlight how while their neighborhoods froze in the dark Monday night, downtown skylines glowed despite desperate calls to conserve energy.

“We are very angry. I was checking on my neighbor, she’s angry, too," said Amber Nichols in north Austin. "We’re all angry because there is no reason to leave entire neighborhoods freezing to death.”

She crunched through ice wearing a parka and galoshes, while her neighbors dug out their driveways from 6 inches (15 centimeters) of snow to move their cars.

“This is a complete bungle,” she said.

The toll of the outages was causing increasing worry. Harris County emergency officials reported “several carbon monoxide deaths” in or around Houston and reminded people not to operate cars or gasoline-powered generators indoors. Authorities said three young children and their grandmother, who were believed to be trying to keep warm, also died in a suburban Houston house fire early Tuesday. In Galveston, the medical examiner's office requested a refrigerated truck to expand body storage, although County Judge Mark Henry said he didn't know how many deaths there had been related to the weather.

Republican Gov. Greg Abbott called for an investigation Tuesday of the grid manager, the Electric Reliability Council of Texas. His indignation struck a much different tone than just a day earlier, when he told Texans that ERCOT was prioritizing residential customers and that power was getting restored to hundreds of thousands of homes.

But hours after those assurances, the number of outages in Texas only rose, at one point exceeding 4 million customers.

“This is unacceptable," Abbott said.

ERCOT said Wednesday morning that electricity had been restored to 600,000 homes and businesses by Tuesday night but that 2.7 million households were still without power.

The grid began preparing for the storm a week ahead of time, but it reached a breaking point early Monday as conditions worsened and knocked power plants offline, ERCOT President Bill Magness said. Some wind turbine generators were iced, but nearly twice as much power was wiped out at natural gas and coal plants. Forcing controlled outages was the only way to avert an even more dire blackout in Texas, Magness said.

“What we’re protecting against is worse,” he said.

Still, Magness said ERCOT could not offer a firm timetable for when power might be fully restored. The outages are the widest Texas' grid has suffered but hardly a first in winter. A decade ago, another deep February freeze created power shortages in Texas the same week the Super Bowl was played in Arlington. A federal report later flagged failures in the system, including power plants that are unable to stand up to extreme cold.

On Tuesday, the Federal Emergency Management Agency said Texas had requested 60 generators and that hospitals and nursing homes would get priority. Thirty-five warming shelters were opened to accommodate more than 1,000 people around the state, FEMA said during a briefing. But even they weren't spared from the outages, as Houston was forced to close two on Monday because of a loss in power.

Ed Hirs, an energy fellow at the University of Houston, said the problem was a lack of weatherized power plants and a statewide energy market that doesn't incentivize companies to generate electricity when demand is low. In Texas, demand peaks in August, at the height of the state's sweltering summers.

He rejected that the storm went beyond what ERCOT could have anticipated.

“That's nonsense. It's not acceptable,” Hirs said. “Every eight to 10 years we have really bad winters. This is not a surprise.”

Joshua Rhodes, an energy researcher at the University of Texas in Austin, said the state's electric grid fell victim to a cold spell that was longer, deeper and more widespread than Texas had seen in decades.

Climate change should be factored in too, he said.

“We’re going to have to plan for more of this kind of weather. People said this would never happen in Texas, and yet it has.”

Stephanie Murdoch, 51, began bundling up inside her Dallas condominium wearing blankets, two pairs of pants, three pairs of socks, a hat and gloves since the power first went out early Monday. She said she was worried about another blast of wintry weather forecast for Tuesday night and the possibility of her home's pipes bursting.

“There’s a serious lack of preparation on the part of the energy companies to not be ready,” Murdoch said.

In Houston, Barbara Matthews said she lasted in her home until Monday night. That's when the 73-year-old finally called 911 and was taken to the nearby Foundry Church, where dozens of other people were also taking shelter. On the ride there, she noticed a subdivision just down the road that had power.

“It is aggravating how some parts down the street have lights and then we don’t,” Matthews said. “When they said rolling blackouts, I took them at their word.”