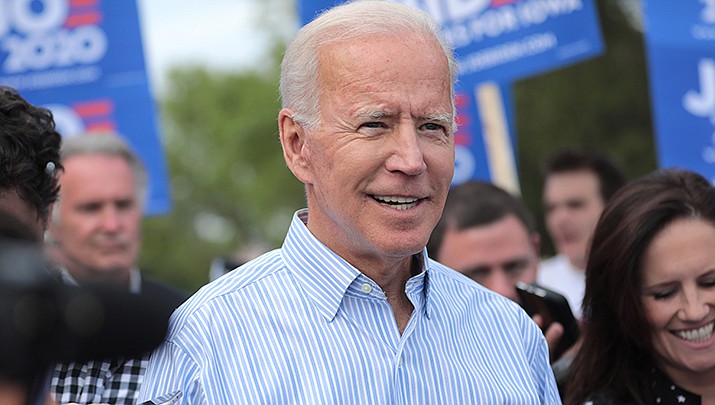 WASHINGTON – Days after marking a solemn milestone in the pandemic, President Joe Biden is celebrating the pace of his efforts to end it.

On Thursday, Biden marked the administration of the 50 millionth dose of COVID-19 vaccine since his swearing-in. The moment came days after the nation reached the devastating milestone of 500,000 coronavirus deaths and ahead of a meeting with the nation's governors on plans to speed the distribution even further.

“The more people get vaccinated, the faster we’re going to beat this pandemic,” Biden said at the White House ceremony, noting that his administration is on course to exceed his promise to deliver 100 million shots in his first 100 days in office.

All told, more than 45 million Americans have been administered at least one dose of the approved vaccines from Pfizer and Moderna since they received approval from the Food and Drug Administration in December, with more than 20 million receiving both required doses.

As part of the ceremony, four front-line workers – a pair of emergency medical technicians, a school counselor and a grocery store worker – received vaccine doses on live television, part of the White House's efforts to build confidence in the vaccination program.

Biden predictions that by late spring there will be enough vaccine to administer to anyone that wants it, but that hesitance of the vaccine will limit the number of people who want it. “We’ll have the vaccine waiting,” Biden said, predicting that could come within 60 to 90 days.

He promised a “massive campaign to educate people” about the safety and efficacy of the vaccines, in hopes of stimulating demand as the nation aims to vaccinate about 80% of adults to reach herd immunity and end the pandemic.

Biden said he planned to tour a U.S. military-run mass vaccination site in Houston on Friday, one of several ways his administration is aiming to speed injections, particularly once supply increases.

Biden noted the promise of a third vaccine receiving approval as soon as this weekend, as Johnson & Johnson's single-dose candidate undergoes review by the FDA. “We have a plan to roll it out as quickly as Johnson & Johnson can make it," Biden said.

Biden also warned that variants could continue to spread, leading to more cases and hospitalizations. He appealed to Americans to keep up with social distancing measures and wear face coverings.

“This is not the time to relax,” he said.