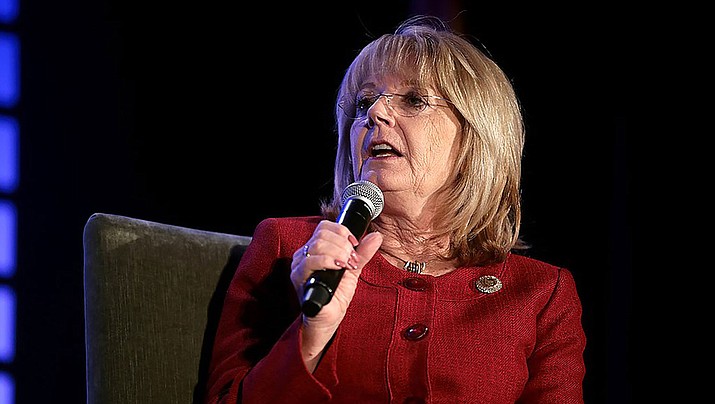 A judge is set to hear arguments Thursday in a fight between Arizona Senate Republicans and the Maricopa County Board of Supervisors over access to ballots and voting machines used in November’s election. State Senate President Karen Fann is shown. (Photo by Gage Skidmore, cc-by-sa-2.0, https://bit.ly/33npsGa)

PHOENIX (AP) – A judge is set to hear arguments Thursday in a fight between Arizona Senate Republicans and the Maricopa County Board of Supervisors over access to ballots and voting machines used in November's election.

The GOP-dominated county board is asking Judge Timothy Thomason to quash the subpoena issued by the Senate. They argue that the ballots are sealed under laws the Legislature passed and the Senate does not have a right to access them.

They also say Republican Senate President Karen Fann and other GOP lawmakers are trying to conduct an illegal recount under the guise of an election audit.

Fann's lawyers want the judge to order 2.1 million voted ballots turned over and allow Senate-hired auditors to examine vote-counting machines and related computer software. They say the laws cited by the county are intended as limits on public access, not access demanded by the same Legislature that made the rules on ballot secrecy.

The county released the results of two independent audits of their equipment on Tuesday that showed no malicious software or incorrect counting equipment and that none of the computers or equipment were connected to the internet.

Previous reviews and a hand recount of a sample of ballots also found no issues. The board says the election was fair and the county accurate.

The state Senate wants its own forensic audit. The Senate fell one vote short of finding the five-member board in contempt earlier this month.

The Senate issued subpoenas in December and again in January that demanded access to the county’s election materials. The county Board of Supervisors turned over reams of data but balked at handing over the actual ballots or the tabulation machines, saying the ballots were by law secret and the machines would be compromised.

Fann says she wants the audit to prove one way or another whether Biden's victory was legitimate.

Court challenges in Arizona and other battleground states where former President Donald Trump lost found no evidence of any significant issues of fraud, miscounts or other problems.