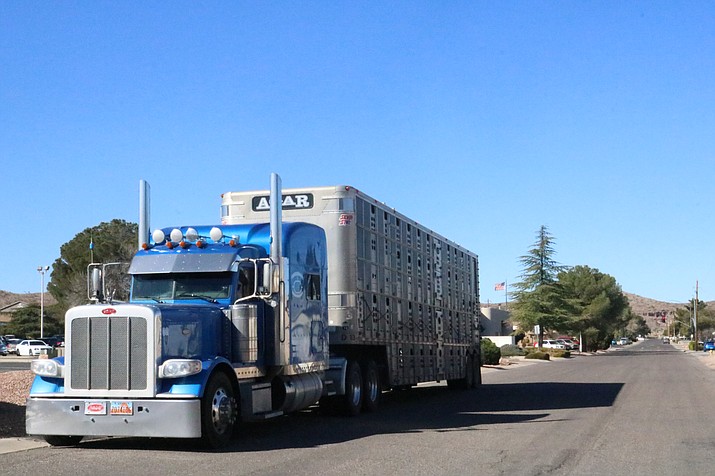 Following “numerous” phone calls regarding violations, the city has announced that the Kingman Police Department will be educating community members on the city’s RV/oversized vehicle ordinance. (Photo by Travis Rains/Kingman Miner)

KINGMAN – The City is reminding residents of the RV/oversized vehicle ordinance that has been in effect for a little over two years, as it has received “numerous” phone calls of violations of the ordinance.

The city wrote in a news release that the Kingman Police Department will be educating residents regarding where those types of vehicles/trailers need to be parked.

The city also produced an informational video available for the public to view on the city’s social media accounts, as well as a pamphlet describing the rules regarding parking of oversized/commercial vehicles.

Any RVs, campers, trailers, utility trailers, boats, and commercial vehicles 22-feet long or at a 3-and-a-half-ton weight rating are no longer allowed to be parked on streets inside city limits.

For recreational vehicles, owners are allowed 72 hours for loading/unloading. Commercial tow trucks are the exception.

Parking/storage rules are as follows:

– Vehicles parked in a front or side yard adjacent to a roadway must be parked on a paved driveway, and the vehicle can’t block or extend onto the sidewalk or street.

– Vehicles parked in a side or rear yard not adjacent to a roadway can’t extend beyond the front façade of the residence.

– Vehicles may not be parked on residential parcels that do not contain a primary structure.

– Commercial vehicles, except for tow trucks, can’t be parked in front yards or street-side yards. In addition, such vehicles can only be stored within side or rear yards behind a 6-foot high, sight-restrictive fence.

The City of Kingman’s list of codes and ordinances can be found at https://www.cityofkingman.gov/government/codes-and-ordinances.