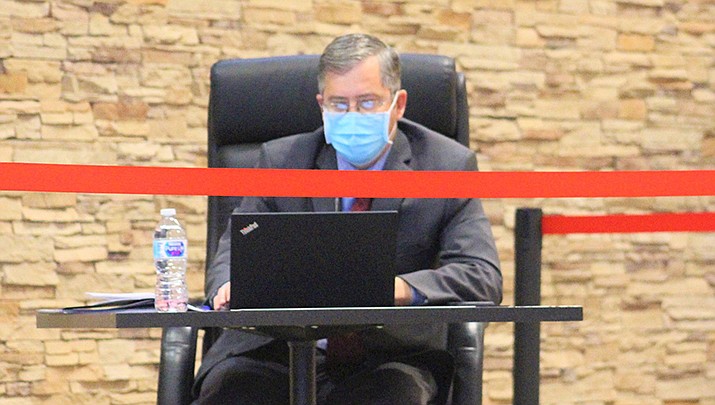 KINGMAN – Since the passage of the federal coronavirus relief CARES Act, Mohave County has been struggling with over 100 fraudulent unemployment claims.

This and other matter will be discussed at the Mohave County Board of Supervisors’ meeting at 9:30 a.m. on Monday, March 1 at the county administration building, 700 W. Beale St. The meeting will also be streamed on the county’s YouTube channel.

From October 2020 to February 2021, the county received 104 fraudulent unemployment claims. Sixty-three of the bogus claims used the names of persons never employed by the county, while 41 of used the name and social security numbers of current employees.

The ordinance will rely on state agencies and law enforcement for the primary enforcement efforts.

The county is moving forward with the $6.5 emergency rental assistance program with the Arizona Department of Economic Security. The state portal is not developed yet and no further information is available for residents. In the meantime, the county will ask to approve two full-time clerical positions within the county’s Community Services Department to support the program and help with applications.

The board will be discussing the partnership with the Mohave County Fairgrounds Association and the future of the fairgrounds.

The goal is to determine if the county has received the profit and loss report and semiannual reports on operations and activities being conducted at the fairgrounds per the lease agreement.

The county jail is seeking to obtain Inmate Commissary Services through Keefe Commissary Network, LLC from St. Louis for snacks, toiletries and other personal items for inmates.

This is a revenue-generating contract in which the company would agree to take orders, account for inmate funds, and deliver items to the inmates in return for a 35% commission. Keefe has been Mohave County's Commissary Services provider since 2012.

Mohave County Sheriff’s Office is ready to purchase 90 stab-resistant vests for detention officers in the amount of $60,000 from FX Tactical from Peoria. The purchase is partially funded from community donations.

The county is buying two cars from Auto of Mesa, LLC, Mesa – a 2021 Jeep Grand Cherokee Laredo for $40,300 and a 2021 Jeep Wrangler Sport for $44,600, both for use by the Assessor’s Office. They will replace two vehicles rendered a total loss on Feb. 8 after they were set on fire in Lake Havasu City.

The board will be asked to extend the contract for the Hualapai Mountain Park water haul services with Ranch Water Services, Inc. of Kingman.

Current Deputy Attorney Ryan Esplin will assume duties of Chief Civil Deputy on March 8 and is requesting a salary of $131,000 annually. The current chief civil deputy is earning $134,000.

County Public Health Director Denise Burley will update the supervisors on the county’s response to COVID-19.