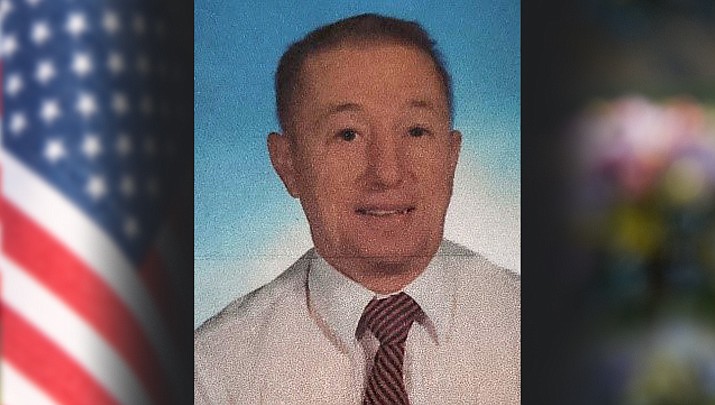 Donald Welks was born on May 14, 1933 in the hills of Mt. Clare, West Virginia in the farmhouse of his maternal grandparents by the light of the kerosene lamp. He was preceded in death by his wife, Norma; his parents, Nicolas and Catherine Paletta Welks; and his sister, Kathleen. He is survived by his brother, John; and his sons, Steven of Lansing, Kansas, and Michael of Elko, Nevada. He has three grandchildren – Katherine, of Lansing, Kansas, Jayden of Las Vegas, and Kayli of Elko.

Don’s parents moved to Clarksburg, West Virginia when he was 6 so he could attend a Catholic school. He received a B.S. degree in music education from the University of Dayton, Ohio in 1955. He was inducted into the Army shortly thereafter and served in Germany as Post Band Director and Bandsman. After the Army he spent seven years as a high school band, orchestra and chorus director in Ohio.

In 1964 he moved to Kingman as a teacher in the Kingman Elementary School District #4. Eight years later, Don and his wife opened a full-line music store, “The Mohave Music Center.” During this time he was active in community affairs, including being on the Board of Directors of Kingman Regional Medical Center, the Executive Board of the Chamber of Commerce, and a member of the Elks, Rotary and Moose clubs. He organized a musical group at the Katherine Heidenreich Senior Center called “The Oldies but Goodies Kitchen Band.” It was so called, because, except for two legitimate instruments, it was made up of kitchen utensils. The band performed locally and throughout the state, including at the Arizona State Fair. It also performed locally at the Indio Date Nut Festival in Indio, California and at the Aladdin Hotel in Las Vegas for a toastmistress convention.

After 20 years, Don and his wife closed the music store and invested in the Kingman Fitness and Racquet Club. His wife died shortly thereafter and Don returned to teaching and retired in 1995. His retirement years were spent with his retired co-workers and friends having coffee, working out, playing golf, some travel and dancing whenever possible.