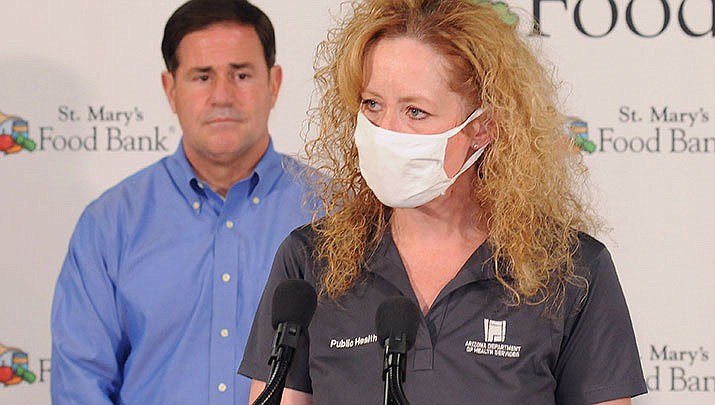 The state also opened up appointments at two mass vaccination sites in suburban Phoenix to people age 65 and older. The earliest slots they will be able to register for are in February.

The state Department of Health Services and local partners transformed the parking lot outside State Farm Stadium in Glendale into a 24-7 vaccination site. Phoenix Municipal Stadium will open as a site on Feb. 1.

According to the U.S. Centers for Disease Control, Arizona currently leads the nation with the highest seven-day average of daily cases per 100,000 people with 117. The state’s COVID-19 hospitalizations have started to decline after spiking to record levels in the past week.

The latest figures released late Sunday bring the total reported coronavirus cases on the reservation to 26,448, including 922 deaths.

Navajo Nation President Jonathan Nez said in a statement that while people are getting vaccinated, it’s crucial to keep in mind that another variant of the virus has been found in nearby regions.

Nez said residents still need to remain vigilant and practice health safety measures like staying home. Residents of the reservation were required to stay home from Friday evening until early Monday morning, except for essential workers and in the case of an emergency.

Section of Navajo Nation road closed because of drag racing

FARMINGTON, N.M. – Officials have closed a section of road on the Navajo Nation through the end of February because of concerns about persistent drag racing. The Farmington Daily Times reported Monday that the Bureau of Indian Affairs Division of Transportation closed 2.5 miles of Navajo Route 4178 with concrete barriers and signs near the Navajo Agricultural Products Industry farm and food product company.

NAPI CEO Dave Zeller said drag racing has been an issue in the area for several years. “We are very concerned about the safety of our employees and everyone else who travel the roads through NAPI,” he said.

Genevia Cundiff, the security manager at NAPI, said no accidents or fatalities have been caused by drag racing but “it’s a risk we do not want to take.”

“NAPI employees traveling from field to field utilize these roadways and collisions could occur. In some instances, the employees have received threats by racers when interfered with their races,” Cundiff said.

Christina Tsosie, a spokeswoman for the Navajo Police Department, says department resources and officers have been stationed in the area to beef up police presence, but officials need to come up with a long-term plan to address the issue.