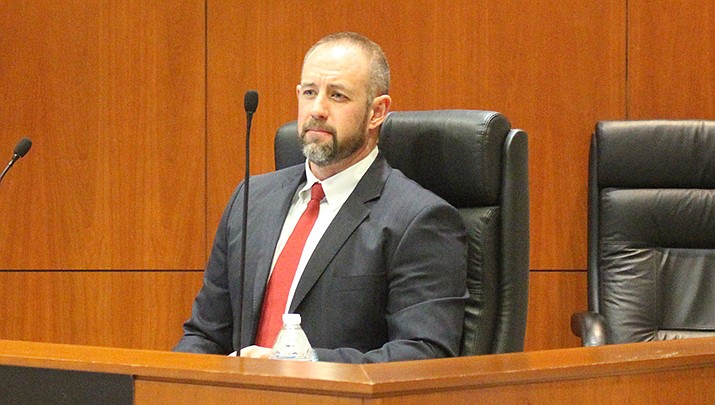 KINGMAN – Mohave County Board of Supervisors approved a resolution “declaring the sentiments” of the county “upon the constitutional questions” surrounding the government response to COVID-19. The board voted 3-2, with Chairman Buster Johnson and Supervisor Jean Bishop of District 4 voting against the idea on Tuesday, Jan. 19.

The discussion started last year when a group called Lake Havasu Patriots brought to the board a resolution to declare the county a “constitutional sanctuary county” and stated the government at the state and local level broke the law in responding to the pandemic.

After a few discussions among the public and the board members, Supervisor Travis Lingenfelter of District 1 took the resolution to be rewritten, first by law professor Ilan Wurman, and then by county staff.

The final version eliminated the most accusatory parts but claims governments “have acted in excess of constitutional authority, transgressed structural constitutional limits, and infringed on the rights and privileges of the People.”

The resolution calls for the state Legislature to reclaim their authority and for the governor to stop acting like a lawmaker.

“It’s not a call for anything unreasonable,” Lingenfelter said. “This resolution really hurts no one.”

Bishop said she doesn’t believe the small group from Lake Havasu City reflects the sentiments of all county constituents. “Do we really want to make this political statement,” she asked.

The whole United States is a “constitutional sanctuary” already, Bishop said, and the county receives $30 million yearly in federal and state grants. Without that, the low property tax Mohave County is so proud of would increase, Bishop pointed out. According to her, the county received last year $3.5 million in housing assistance, $2 million for work assistance and $500,000 for senior nutrition programs.

“We have to maintain our professional positions with the state,” she said.

But Supervisor Hildy Angius of District 2 said the resolution is already “as soft as could possibly be” and “our grants have nothing to do with it.”

“It’s just a statement ...,” she said. “We are a conservative county and there’s nothing wrong with this statement.”

Supervisor Ron Gould of District 5 said he is happy to let the federal and state funds go, calling it “money that is being taken against the will of the people,” meaning taxpayers.

Johnson demanded to know how exactly the government broke the law. He said that, as far as he knows, all COVID-19 lawsuits, including the one Wurman is involved in – representing over 130 Arizona bars against the state – are waiting to be adjudicated.

Deputy Attorney Ryan Esplin said his office has no advice since the matter is not legal but strictly political.

“In the future, when we ask for money for things, we don’t know how the governor will react to that,” he said.