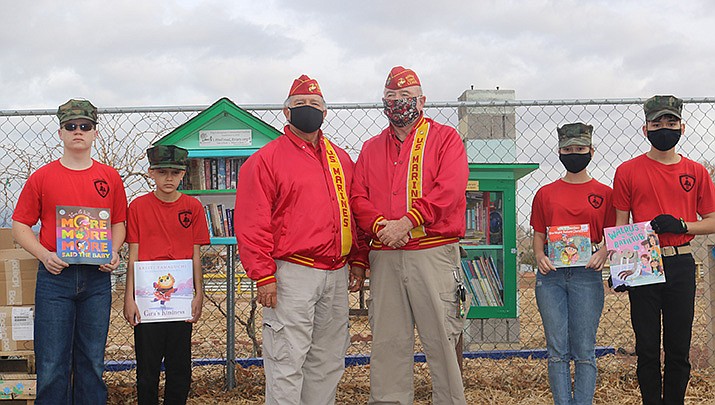 Commandant Terry Flanagan of the Marine Corps League, also the executive officer with the Young Marines, explained that this year the Marines were sent a lot of books through the Toys for Tots program as the national organization stepped up its efforts to encourage children to read.

“Well, we gave out as many as we were thinking of and we were shocked,” Flanagan said. “We were waiting to have more families this year; we were 100 families short from last year.”

That means there were plenty of books left over after the holidays.

Having seen that the Little Free Library was seeking children’s books, Flanagan and the Kingman Young Marines decided to reach out and offer the donation.

“We appreciate the Marine Corps and the junior Marines coming in and donating books to us. It’s really fun to be able to work with the community,” said Denise Neath of the gardens. “We are really blessed and thankful for all that they’ve done for us and other people, too, in the garden.”